Has re-opening of London Bridge station improved your commute?

With all the media hype over the weekend about the partial reopening of London Bridge station, I wondered if it’s all been worth the wait for the unfortunate SE23ers who’ve had to suffer years of disturbance due to the re-vamp.

I passed through it this morning on my way in. Unless you need to go downstairs, you probably won’t notice much difference… now that trains to Charing Cross are running again, I believe they all go from platform 8 and 9, which is on the same level as the FH trains so I am hoping it’s just a case of crossing over to the new platforms. I might try that journey back this evening to see how that will work…

I’ll tell you in about 30 minutes.

OMG. So easy. Arrived on platform 11. Down the steps onto the new concourse which is cathedral like. Up escalator to platform 9 (for all Charing Cross trains) where trains are pretty much every few minutes. Stopped for a most excellent coffee from charity changeplease.org teaching homeless people to become baristas.

Of course its not rush hour but whole journey wonderful. 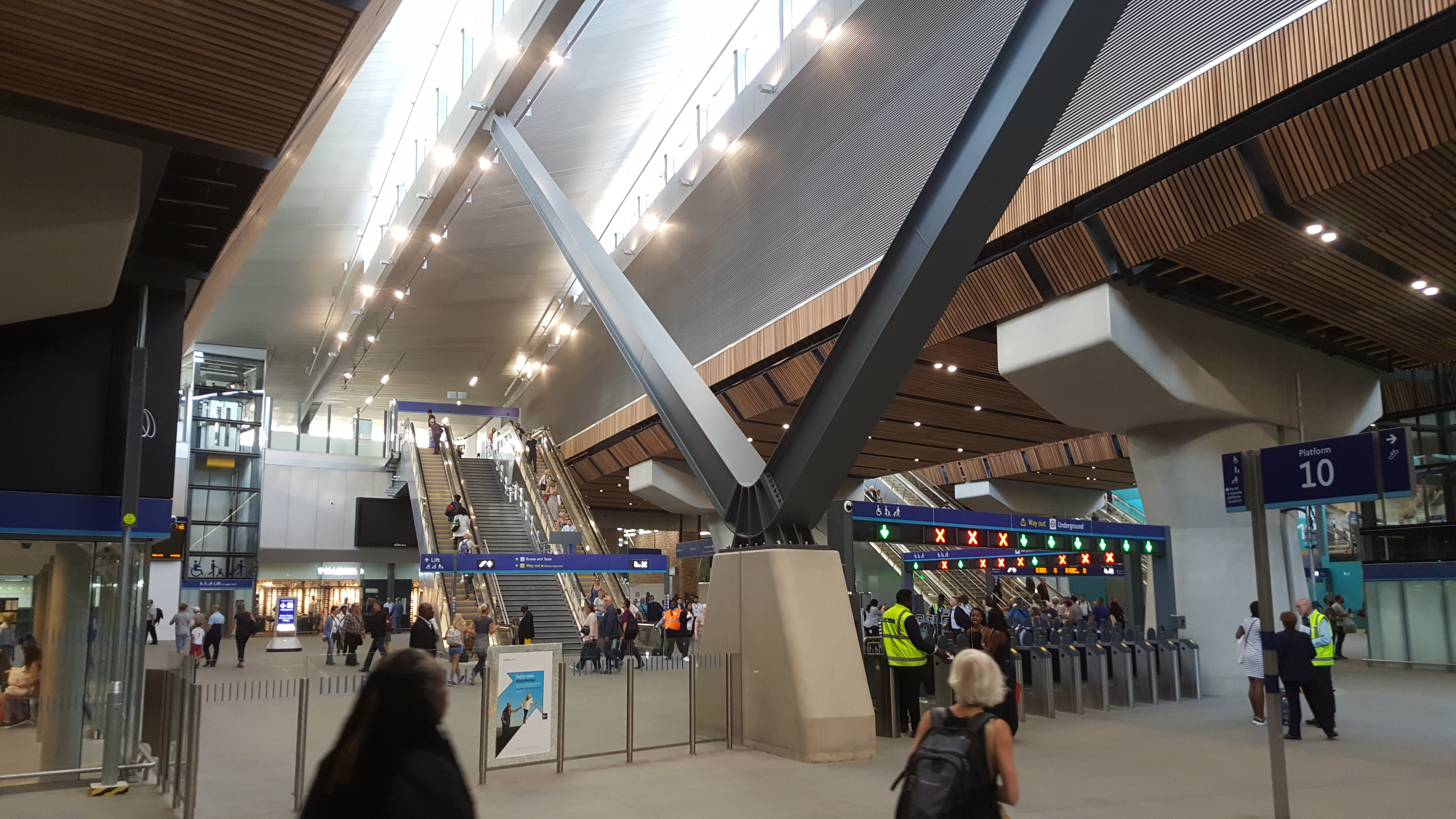 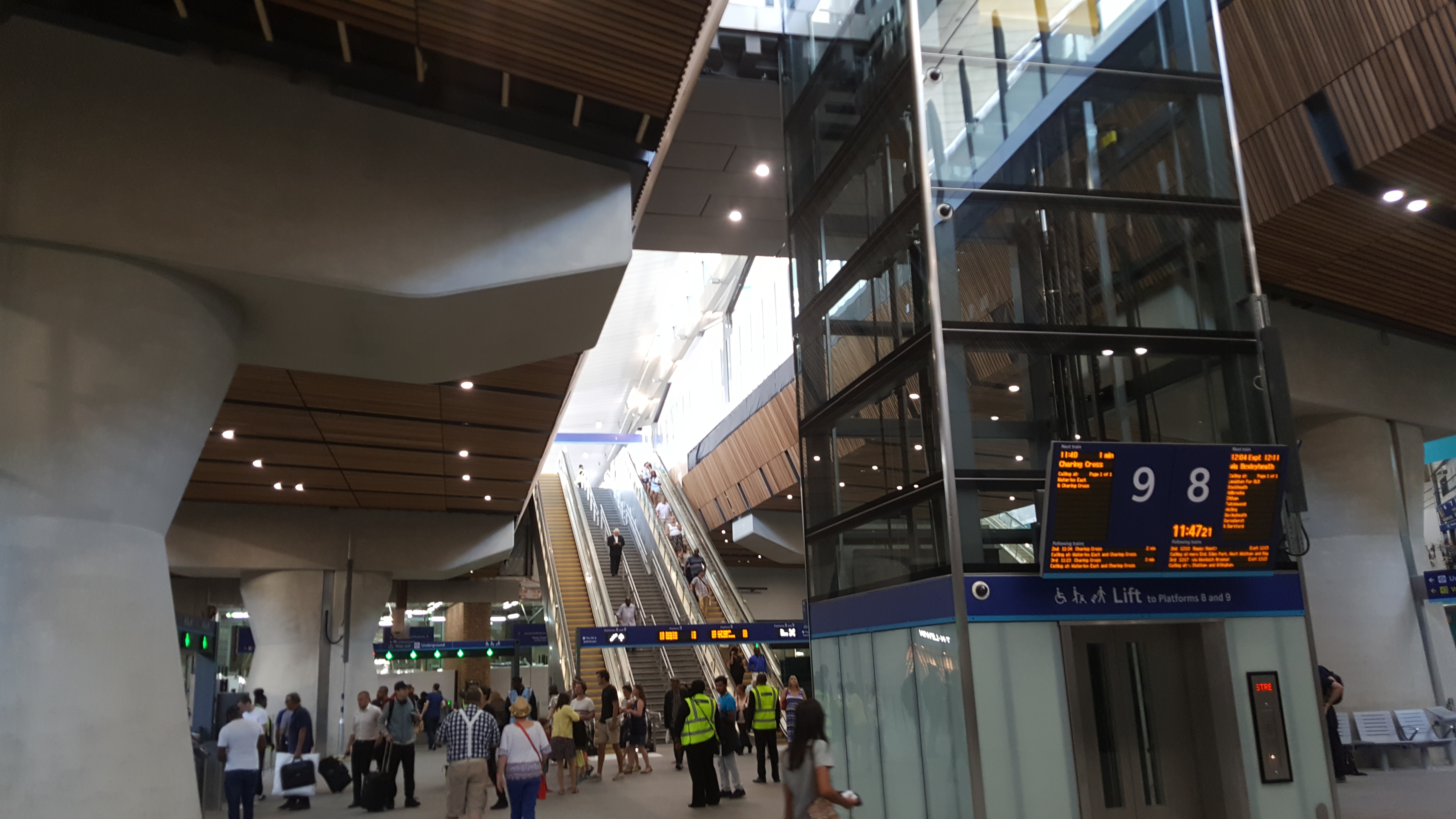 Why did you need to go down and back up again? Aren’t 9 an 11 in the same area? As far as I could see, they’re not separated from each other (but I could be wrong). Or did you just want to have a look at the new concourse?

Unless the platforms are on the same “platform” such as 8 and 9, or 10 and 11 then you have to cross over rail tracks. The only way is to go down to the concourse and up. Remember that trains arriving to and from Charing Cross on platforms 8 and 9 are through trains so no “end of track” to go around like in platforms 10 through 15.

But seriously, its no issue. Took all of 3-4 minutes to make the change.

Since moving into the SE23 hood I’ve been taking the bus to Catford Bridge and then Southeastern direct into Charing Cross. I could’ve used the Canada Water route then Jubilee/Northern lines but I hate hate hate the underground.

A key objective for the project was the untangling of lines through London Bridge which used to criss cross and create backlog and delays. This graphic gives a simple view of how this will be corrected.

Yes the station does look rather futuristic. An additional plus is there are many more entrances/exits to platforms 10/15. So when the train stops at platform 10/15 instead of slogging down to the main set of barriers, each platform has an escalator down to the lower concourse and you exit onto the street by the Shard (and of course the reverse when taking train from London Bridge). Good if you are at rear of train.
The only possible drawback I can see is when the escaltors up to 7/8/9 go out of action as it is quite a a lot of steps. (yes there are lifts I know).
All it needs now is a station bar (and a train service without strikes).

Once the schools go back/holidays are over, I’ll be interested to see how it copes with full demand!

Should be very interesting indeed. If their plans and models have worked it will be slightly more organised chaos than usual.

Just checking, but I’m assuming there are still no direct trains from FH to any of Canon St, Charing Cross, Thameslink?

Correct, unfortunately… a direct to Charing Cross would be very handy…

Changes to walking routes if using the upper level concourse.

From Sunday 28th if you are arriving at platforms 10-15 please use these walking routes to exit the station https://t.co/8Cz1IORElN 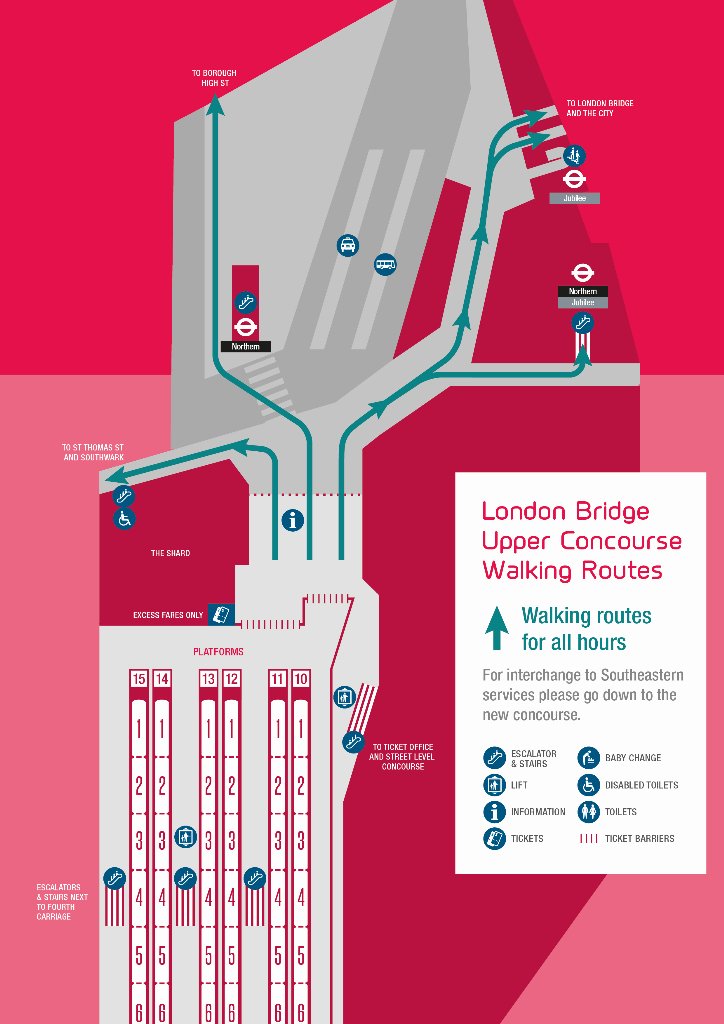 All of a sudden I’m looking forward to my trip to Covent Garden next week. It seemed like forever when they said they were stopping the through trains for 18 months, but we seem to have managed. It’s easy to forget in London how privileged we are with the number of alternative routes we have, even if they aren’t always particularly convenient.

Nostalgicviewing and a different era for Health & Safety - spot the safety helmets (you’ll have to look long and hard). And management meetings really were held in smoke filled rooms. Film produced by British Transport Films…