London News online have an article covering the recent decision by the Government to extend current Heathrow night flight arrangements for another three years while the aviation sector recovers from the effects of the pandemic: 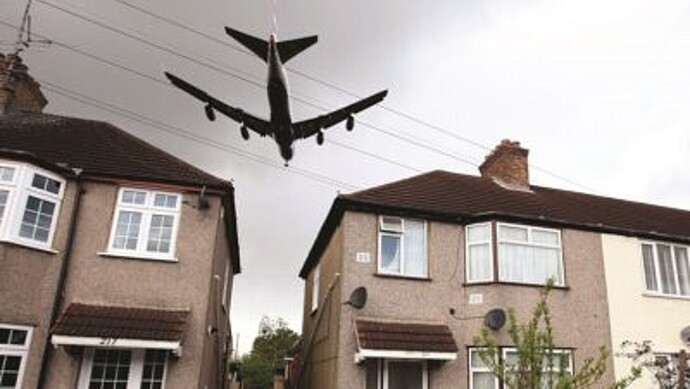 Campaigners and noise-blighted south-east London residents are furious at the...

Campaigners are furious at the Government to extend the existing night planes which they say will hit residents living under Heathrow flight-paths. A resident-led campaign group has branded ‘gutles…

Campaigners are furious at the Government for extending the existing night flights schedule which they say will hit residents living under Heathrow’s flight-paths.

A resident-led campaign group has branded ‘gutless’ the Department of Transport’s failure to curtail the number of aircraft flying over south-east London.

Greenwich, Lewisham, Southwark, Bromley and Bexley are particularly badly affected because the west London flight-paths are varied during the course of any given day – but that does not happen in south-east London.

At Heathrow, 5,800 flights are permitted throughout the year within the restricted period of 1pm–6am – there are roughly 16 a night on average, mostly arriving from 4.30-6am.

Many fly over London from as early as 4am.

The current schedule was due to expire in October 2022 following a consultation earlier this year about continuing the current timetable for two years [after a] long-term policy review was conducted.

But the government had decided existing arrangements will be rolled over for three years rather than two to allow enough time to “properly inform and develop a new evidence-based night noise regime.

This is because of a change in the government’s view on the pace and trajectory of the aviation sector’s recovery”.

They want them banned from 11pm-7am so families can get eight hours sleep each night, in line with World Health Organisation recommendations.

They accuse ministers of using the pandemic as an excuse to delay long term reform to night flights.

They also want reviews into night flights to take account of the mental and physical health against any supposed economic benefits of night flights claimed by the aviation industry.

Tim Walker, 63, from Forest Hill, … said: “I am very disappointed, but not surprised by the government which shows no sign of consideration for overflown, and noise-affected Londoners. The government has missed a crucial opportunity to improve the sleep health of Londoners by signalling any intent to rein in night flights with their attendant noise.

“These flights could have been redistributed into currently vacant daytime slots. Instead, it looks as though overflown and sleep deprived communities will have to endure night and very early morning wake ups for another three years before any relief is considered.”
…

The Department of Transport said time must be allowed for the sector to recover to enable an accurate analysis of the benefits of night flights and the negative impacts for communities.

The restrictions which are currently in place for another three years – but the nosiest [sic] aircraft currently will be banned during this period.

A DfT spokesperson said: “Extending the night flight consultation allows more time to develop a better evaluation of the costs and benefits, as called for by community groups, whilst also taking into account the changing landscape resulting from the aviation sector’s pandemic recovery.

The full article contains a few more quotes and viewpoints from campaigners, but along with the ‘nosy’ aircraft and other typos, there is a lot of repetition and it’s pretty badly written!

Does anyone know why the SE flights aren’t varied like the W london ones are, if that offers some mitigation? 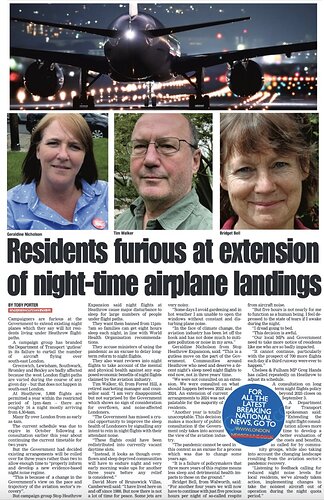