Another day, another retail unit spotted to let in FH. This time it’s Home Accessories Extra (the big shop, once Blockbuster, next to The Capitol).

The lease looks like it is coming up for renewal. Maybe the renewal price is too much for the current occupiers?

This is one of the best spots in FH I think, so what is everyone hoping for?

P.S. Rather depressingly, my money is on Foxtons.

Nice to know we have a “Pizza Hit”

But seriously, I don’t think anyone in their right mind would pay a £400k premium to take over a 3 year lease!

Just bought fishing line there yesterday. First place I looked and just knew they’d have it. Though why keep it behind the till was a bit weird.

Would love a marks and Spencer’s food hall! It would bring so many people in from local areas. I have to go on the bus to the Dulwich one and invariably shop in the adjacent stores. People would walk in from Kirkdale etc, bringing foot traffic past the shops on Dartmouth Road.

If we’re being ambitious this forget M&S. Let’s get a Waitrose.

Let’s get a Waitrose.

Reminds me of the straw poll we did for preferred developments at Bell Green. Waitrose was the most popular supermarket amongst forum members: 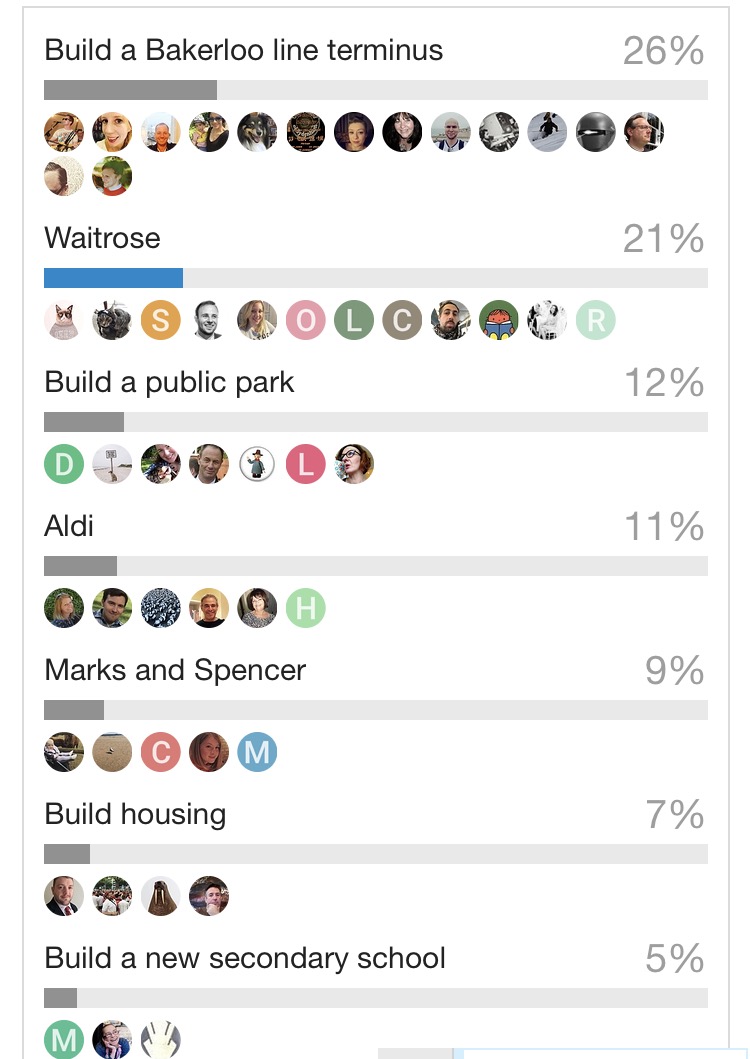 There seems to be a concerted effort to gentrify Forest Hill which is all well and good for those with a gentrified income. But what about the working classes and the small business owners? Costa will wipe them out and we couldn’t have a Morrisons but M&S or Waitrose is ok?

but M&S or Waitrose is ok?

Our nearest premium supermarkets are far, far away.

It’s understandable to me that people would want Forest Hill to serve the economically diverse demographics that live here - which now includes wealthier people as well as working class people.

I just want another supermarket to make the London Road Sainsbury’s to up its game.

Of the supermarkets that offer good ingredients (rather than a range of ready meals) , I’d prefer either a Waitrose or a Lidl, either of which I’d feel would be an upgrade.

We’re getting a bit off topic here, because the site is being split into two smaller units so a supermarket isn’t an option.

I suspect there are just as many people who wouldn’t be seen dead in a ‘hipster’ coffee shop as there are those of us who wouldn’t drink in a Costa. I think (hope) FH can sustain both and thrive in the process.

With a Costa being on the cards it seems a good compromise to keep an existing business and gain another.

Seems the topic of M&S and Waitrose has been answered by their lack of interest in the possible new build at the site of the co-op.

While economic growth in the area is good of course, it is limited by the interest by the bigger brands to take a chance on the area.

Curious why some chains are welcome and others not though.

But as Rachael says, it’s getting a bit off topic, especially when we are getting into the discussion of classes.

Very true - and few of the supermarkets are looking for sites right now - even if this one was the right size.

So - we’ve got lovely coffee shops, delis, gift shops, pubs & shops with interesting beer - not to mention some of our specialist shops for cards, sweets etc.

I’d love a Meatliquor (although ED is not that far) or a Middle Eastern place with the option to get a takeaway when you come off a late train. I know the new Lazy Chef has some grilled kebabs but not sure how late it’s open or if they do takeout. A BBQ joint might also do a good trade? It seems easier to think of restaurants.

I’m struggling to think of a shop that I’d use much that might be able to generate the income required to meet the suggested rent. I’m not sure whether M & Co’s decision to close was based only on low takings or a rent hike or a poor assortment. Would something like East Dulwich’s Sugar work in there?

We have another thread on the same topic, so I’m going to close this one and we can add further replies to the thread below (I’ve added Home Accessories to the Title to make it clearer).