Issues on the Overground/Mainlines - 7th Dec 2017 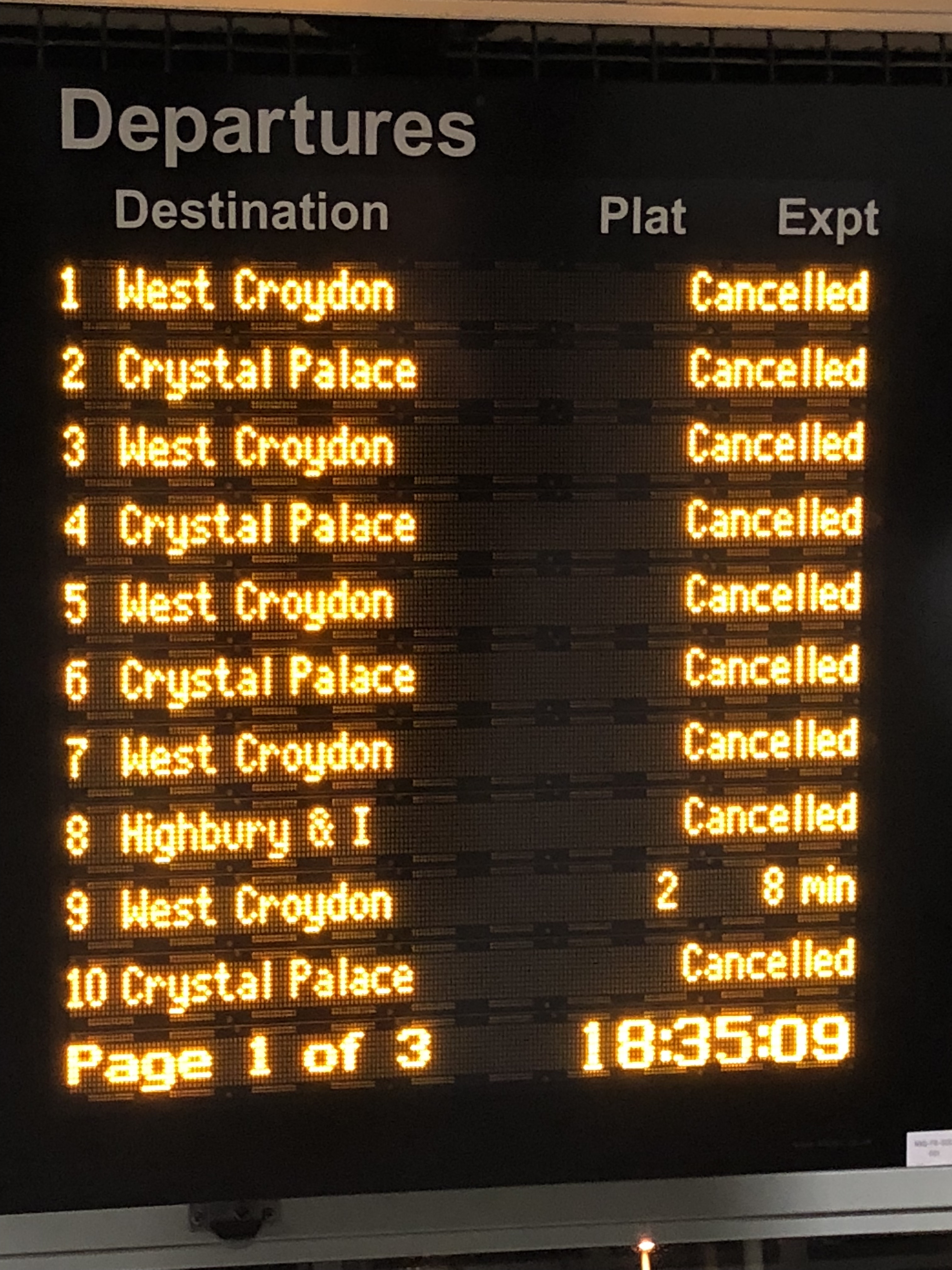 Looks like mainline trains are going through on The fast line, but not stopping at any local stations

I think Mrs Brown’s euphemism here is more than appropriate.

Apparently the episode was caused by signal failure at Sydenham. Do other countries suffer the same lack of resilience? Why is there no back-up system?

Essentially because a backup installation would present a double whammy opportunity for the thieves to nick twice as much cable.

because a backup installation would present a double whammy opportunity for the thieves to nick twice as much cable.

Hi anon5183jd, do you have any further info on this? Do you have this from an official assessment?

The rail companies make apologies for “inconvenience”, but this hardly recognizes the issues people face:

“inconvenience” really does not begin to acknowledge the disruption to unique social events that can never be rescheduled.

For today’s incident, I have no up-to-date information.

Historically though the patch between Sydenham and Crystal Palace has been subject to many cable thefts - power, signalling and comms.

There has been more than one fatality in the execution of these thefts and on one occasion one of the sorriest and goriest of incidents which I will not describe here, is in the public news domain.

It is a sad fact that security around railway infrastructure cannot be made absolute. Stopping simple trespass is often an achievement, never mind the prevention of an attempt by a determined mind to try to make a fast buck by making the most hazardous of thefts.

In-built resilience frequently deployed on “contained” secure sites is not readily achievable on Network Rail’s 20,000 miles of track, where many of these are on routes that are in suburban areas. It is worth remembering that NR enjoys the protection of a dedicated police force - British Transport Police - but even with that worthy arm, prevention is hard to achieve.

But none of that makes easy reading for those who are inconvenienced - a term that in itself is barely acceptable and certainly does not describe the irreplaceable loss of quality family time.

I must confess the lamentable transport here actually makes me miserable.
I love the area but in the past two years the trains seem to have become less and less reliable and more and more overcrowded. I work in a west end department store and often work saturday and sunday-It is a nightmare getting to work on the weekends we have no trains. not to mention getting home in the evening.
When I do a 10pm closing shift It is the only time I ever get to sit on the train home (believe me I need it having stood for 9hours at work) but then I have to face the sometimes aggressive beggars that prowl the carrages and on one occasion shouted in my face when I didn’t give him money for his 'poetry".
We BADLY need an additional bus route that runs to the western edge of the west end.
that would at least give us an option other than the 176 to Tottenham court road and then a tube or another bus.
Peckham has great bus links, Brixton too and Crystal palace.
I feel like we only have the overground with its hideous and dangerous Canada Water interchange or the often cancelled London Bridge trains.
I really have found my quality of life affected by my commute.
its got worse thats for sure.

I think the unpaid volunteers of the Forest Hill Society are doing their best to lobby for the best possible transport services. Unfortunately I cannot speak with the same confidence about our elected representatives.

Do I gather from all this that whenever disruption is said to be caused by ‘signal failure’, it usually means ‘theft of signal cable’?

I do not have the latest statistics.

It is not always the case that theft is the root cause.

I believe that system failures do happen, train failures also happen but it is the case that on this little corner of England, disruption is frequently caused by theft, vandalism and track trespass.

I can reliably report that disruption is almost never caused by bovine intrusion on our routes.

I am certain this will please our animal loving neighbours.

Thank God everything is working this morning. 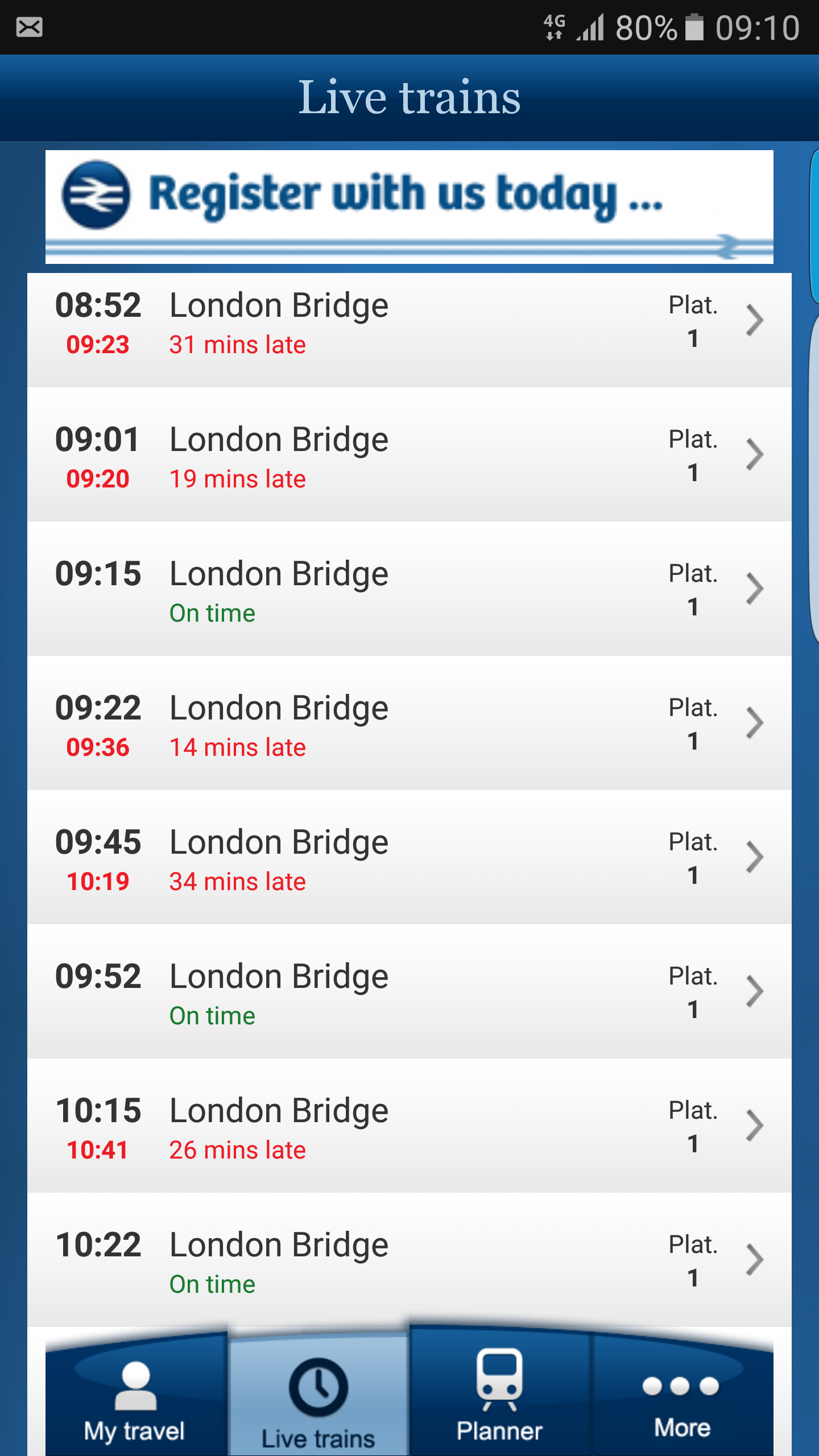 Thanks, Joey. Very interesting. Is it that the signals/points aren’t maintained properly or do they need replacing?

I was wondering the same. The problem has been there for years, how the rail companies are planning to rectify them? What has already been done to resolve ongoing signal problems?

The rail service is a bit like our ageing sewers, there are hundreds of thousands of miles of cabling, some will eventually wear out (or get stolen). You cant replace it all at once.

And they do replace them (that’s part of what’s going on when it’s closed at weekends). There are just so many of them that it’s a constantly rolling programme.

I read that there is a particular high level of problems on this south-east patch. Although old cabling system is an issue, it would be interesting to see stat reports of faults and repairs.

This topic has been closed as the situation described in the topic title has now been resolved.

New replies can no longer be made here, but members are welcome to reply as a linked topic