For my 60th birthday, my kids gave me an earful about what rank hypocrisy it would be on my part to get a free 60+ Oyster card](https://tfl.gov.uk/fares-and-payments/adult-discounts-and-concessions/60-london-oyster#on-this-page-4), having gone on about how my generation had voted itself excessive benefits

and failed to build enough houses for theirs.

(I’ll save you a graph on house prices and new build, not least because I hope this won’t get moved to the politicos section, and so no good for tweeting)

Anyway, I wondered, if I were to get one, how I might donate the benefits to people younger than me, although maybe not those making personal attacks. I guess that my logging on to my Oyster account, I could see what journeys I’ve made, but I’m not sure if I will see what I would have paid, in the way I can see how much I pay on a normal Oyster. But if I do, I could make an appropriate donation - maybe to Centrepoint Centrepoint supports more than 15,000 homeless 16-25 year olds a year into a home and a job. We think it's time to end youth homelessness in the UK.

But I’m also going to contact TfL to suggest they adapt their systems to make this an easy option for all those other guilt ridden over 60s. If only I could do photo editing, I’d put up a version of the 60+ Oyster card

but with the Centrepoint logo added - so promoting the charity I’d chosen, and giving me something to feel smug about, rather than guilty.

OK - I’ve written this a bit tongue in cheek,but I am serious. I’d be interested to know if other over 60s would do something similar if the opportunity was presented to them. Would under 60s think this a good thing to do? Would we get kudos for flashing a charitable giving 60+ Oyster card, or would it go down like a lead balloon, as when I suggested at my allotments AGM that those reaching 60 would not automatically be charged only half rents?

And if you want to make political points from this - which I quite understand - maybe just link to them, so this stays visible. I’ve just tweeted a link to it, and if it get moved, the link to it will break. Thanks in advance.

Hi Tim,
I understand where you are coming from, but I also suspect that you like myself & many others have paid our fair due of fares over the years, to warrant something free!
I was coming out of Honor Oak station a few weeks ago, when a young man (over 18) approached the turnstiles with a bike, he made no attempt to pay, just asked the young man who was just about to pass through ;they were not together) to keep the turnstile open for him so he didn’t have to pay! I couldn’t believe the cheek! So I don’t feel guilty as I’ve always paid & have seen this happen a lot on all transports

OK - I’ve written this a bit tongue in cheek,but I am serious. I’d be interested to know if other over 60s would do something similar if the opportunity was presented to them. Would under 60s think this a good thing to do? Would we get kudos for flashing a charitable giving 60+ Oyster card,

Are you over-complicating this? I know several older people who donate benefits they receive automatically but feel they don’t need. They add them to the charitable giving they already do. And given that the only person who ever looks at your Oyster card is a ticket inspector, I can’t see much value in a charity-branded card.

That’s a really kind and thoughtful idea Tim, whichever way you go about it.

I may be wrong here, but I think you’re missing that with this, you don’t get to see how much you are benefiting. If so, then the simplest thing TfL could do would be to email 60+ Oyster card holders, monthly or annually, to say how much they have saved.

By chance I was able to talk to someone familiar with TfL’s pricing policies this afternoon, who said that nothing would happen if it cost TfL, unless told to by politicians; it was Boris who told TfL to introduce the 60+ Oyster when central government upped the age for the Freedom Pass to 66. Still, it would be interesting to know how much it would cost for TfL to report 60+ Oyster card costs by individual, together with some message designed to nudge the holder into making a donation, but I would not have thought it was that much. If you could persuade a politician - Sadiq Khan - that this would lead to a net social / political benefit, maybe it could happen.

As to who would see a branded Oyster card, I think it would depend on the person. Not everyone, I admit, but I think many people like to have something which reminds them what a good person they are - we can be so self-righteous, I know - here’s a whole bunch of people who aren’t too shy to tell the world they are good people 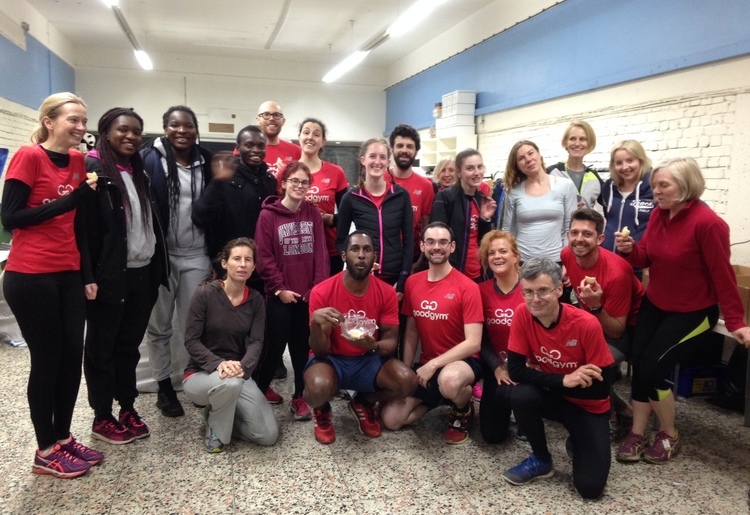 and if I had a branded Oyster card, I can imagine showing it to friends, as well as that friendly ticket inspector. Obviously the branding would cost more - maybe that would be something for a charity fund raising department to consider.

I’m sorry I hope you don’t think I was trying to cause offence, it’s a nice thought & I do understand about donating to charities as I do it myself all the time, but I think it could land up with us all losing our free travel if we are not too careful!

I get that, Tim. But it can’t be too hard to make a reasonable guess. Unless you’re determined to donate not a penny over what you’ve saved. Just think of the satisfaction of knowing you might occasionally be donating even more that you are gaining.

My Oyster card never comes out if its wallet, so I never see it.

The whole point of this sort of nudge thinking is to make behaviour change as easy as possible. I suspect most people who are affluent enough not to have to worry about public transport fares would not want the hassel of even hazarding a guess as to how much they are paying.

My view is until benefits for over 60’s are means tested then I am happy to accept whatever I am given.