Lewisham bans adverts for junk food in drive against obesity 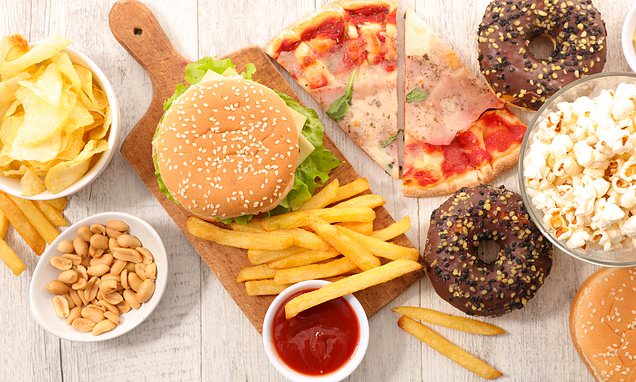 With 40 per cent of its 11-year-olds overweight, the London borough of Lewisham has one of the worst childhood obesity rates in the country.

Adverts for chocolate bars, ice creams and chips will be banned from billboards and bus stops across an entire borough.

The council’s initiative – the first of its kind – will also see advertising space used to encourage residents to walk more and eat less sugar.

The Department of Health has given Lewisham in south-east London £10,000 to draw up plans for the ban.

With 40 per cent of its 11-year-olds overweight, the borough has one of the worst childhood obesity rates in the country. 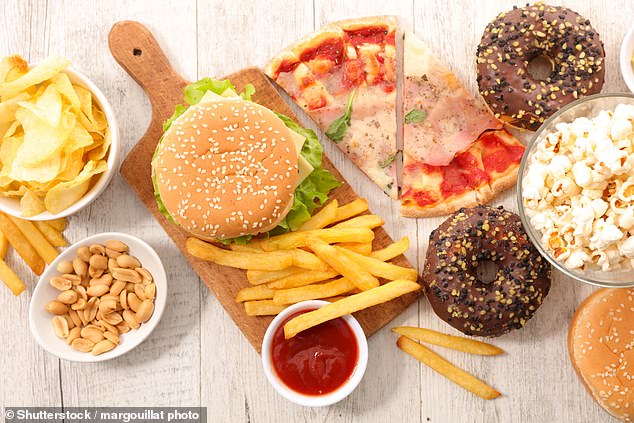 Adverts for chocolate bars, ice creams and chips will be banned from billboards and bus stops across a London borough (stock image)

The ban, which is aimed at any food or drink high in sugar, salt or fat, would cover all billboards, bus stops and phone boxes across the council’s 13.5 square miles of territory.

Lewisham’s feasibility study is expected to be completed within the next three months and the ban could be in place by April.

If it is deemed a success, other councils will be encouraged by health officials to follow suit.

In November, London mayor Sadiq Khan announced that junk food adverts would be banned across the capital’s transport network.

Edinburgh is also considering a council-wide advert ban and is investigating how it could work and how much it would cost. Chris Best, deputy mayor of Lewisham and cabinet member for health and adult social care, said: ‘We are one of 13 councils that are part of this initial stage out of 102 that applied, so we are thrilled to be able to take our ideas forward.

'In Lewisham, we are making progress to reduce childhood obesity across the borough. However, nearly one in five children are already overweight or obese on entering reception, rising to more than one in three in Year 6.

‘Tackling obesity is part of our agenda to reduce health inequalities – it is unacceptable that, nationally, children from the most deprived areas are more than twice as likely to be obese than children in the least deprived areas.

‘Research demonstrates that the development of children’s food preferences and behaviours are influenced by advertising and through working in this space we have a real opportunity to positively shape their behaviours and impact child obesity rates. Regulators and brands recognise that they have a role to play.’

Public health minister Steve Brine said: ‘We know that when it comes to improving the health of local communities, local leaders are the real experts.

‘We need innovation, ambition and passion to tackle childhood obesity, particularly in deprived areas, where children are more than twice as likely to be an unhealthy weight.’

The measures could hit councils through lost advertising revenue. Their budgets have shrunk by a quarter since 2010 due to reduced government funding and many have had to slash adult social care, children’s services and road repair.

Compiled by 43 academics from 14 countries, the Lancet Commission on Obesity accused politicians of inertia and said there was a ‘fundamental and irreconcilable conflict’ between much of the food industry and the health of the nation. It may not be popular in the comments section of The Daily Mail but we’re proud to be pushing ahead with our plans to ban junk food advertising in Lewisham! dailymail.co.uk/news/article-6…
2 Likes
Forethugel January 30, 2019, 8:26am #3

I welcome any attempt to reduce the number of any kind of billboard in public space, it’s just ugly clutter. I can’t remember ever seeing a honey advert, but I wouldn’t exactly call it junk food.

Is there an omission of fast food chains? Surely they’re amongst the worst offenders (and I’ve heard they’re even advertised in parliament these days).

Honey is strange one- it’s seen as a health food but its basically liquid sugar… I agree in principle with reducing junk food ads on billboards but I think its a fine line to draw in terms of ‘state’ intervention.

I also think the impact will be minimal- children are reached by online ads far more nowadays- laser-targeted directly to them. How to manage that is a far more pressing issue.

now THAT’S a good idea. Certainly kids on their way home from school would think twice about picking up a box of Morley’s nuggets if they had to walk extra distance/ away from a bus stop to do so. Then again, generally bus stops are quite close together in many parts of London, so it may not be a huge deterrent.
I get the point made by @LeeHC about online ads being the bigger reach nowadays, but fast food is very occasion-led and so outdoor ads are still a strong influencer.
Anyway, I support the ban, but to Lee’s point I also wonder what rules and regs come into play for Direct Digital Marketing of fast / junk food to youngsters.

My comment was a little tongue in cheek but not that much. I used to walk past the Sydenham School kids in the morning who were munching a health breakfast of fried chicken and chips before they hopped on the bus for the 200 yard journey to school.

Lewisham Council would be better off if they put measures in place to stop school kids in uniform swarming around every chicken shop in the borough after school. Go past Morleys on Dartmouth Road after the schools empty and it’s packed. Same with Ferfect Chicken on London Road.

Perhaps parents shouldn’t give their children so much money to spend! I used to give my 2 enough money for lunch (& I mean literally enough for a sandwich etc) or would that equate to chicken & chips nowadays? But if they spent it at lunchtime, they wouldn’t have anymore to spend after school.
I’ve often wondered if these children who are visiting the chicken shop after school are not going to get a hot meal or what constitutes a proper dinner when they get home? Hence why they go in there?

I think mindset is definitely a big factor, and that starts with parents and schools setting the right path. But mindset vs willpower is a fragile balance, and small, tempting cues on a daily commute can easily turn into bad habit.
For some reason I really want a Big Mac now, can’t think why…

For some reason I really want a Big Mac now, can’t think why…

Uber Eats. Delivers hot inside of half an hour.

Haha. Tell that to Bell Green maccers at peak time. I never knew it’s possible to eat a cold McDonald’s apple pie until Ubereats came along!

All I want to add some time ago my now 11 year old daughter came from school and started to ask me about diets to lose weight. This was brought up by her (how children perceive things) as a solution to her activity at school. They all measured their weight in class and she was the heaviest. So when I see statistics that 40% children in our primary schools are overweight(and I don’t really see it personally around children I know) I question how they got their figures because at the same time her class did not measure height. You may have guessed that she is the tallest in her class hence my mistrust in figures.

Then again for my daughter this may have been just badly applied maths lesson and nothing to do with statistics.