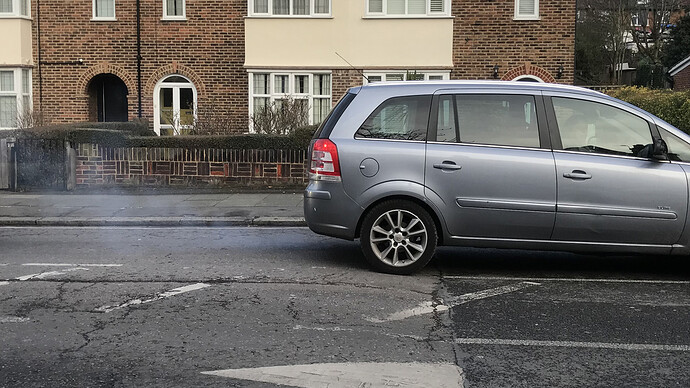 New parking charges have been approved by Lewisham Council in an attempt to improve air quality and tackle the climate emergency.   The new banded prices, which were agreed by elected mayor Damien …

New parking charges have been approved by Lewisham Council in an attempt to improve air quality and tackle the climate emergency.

The new banded prices, which were agreed by elected mayor Damien Egan and his cabinet last night, will come into effect in April. They mean drivers of electric cars who need parking permits will pay £50 per year less than now.

Introducing the report on the charges, Sophie McGeevor, Lewisham’s cabinet member for environment and transport, said the council needed to take “radical steps” to tackle the climate emergency in the face of a “public health crisis”.

At present, all vehicles are charged £120 per year. The new charges will be banded, using a similar system to that used for vehicle excise duty. Electric vehicles will be in band 1 as they are judged to have zero emissions, while the worst polluters, such a Range Rover Sport 5.0 V8 Supercharged, will be in band 13. The cost for band 1 starts at £70 per year.

Nearly 3,800 diesel drivers will have to pay an extra £50 surcharge on top of their parking permit costs unless their cars “conform to the most recent vehicle emissions standards” – Euro VI standards or higher. This means drivers of the 153 vehicles with permits in band 13 will face a bill of £300 per year.

Lewisham conducted two consultations into the scheme, one for residents and one for staff. The majority of people agreed that the council should introduce lower rates for lower emission vehicles but 21 per cent strongly disagreed. While most people (85 per cent) said they were aware of the health issues posed by diesel cars, only 51 per cent thought there should be a £50 surcharge. Concerns were raised that diesel drivers were being “punished” for buying the cars on government advice.

The plans also include providing a free 10 hours of visitor parking credit per year when residents pay for an annual permit – visitors’ permits are also set to rise from £20 weekly to £25.60.

Penalty charge notices will be set at the same cost – £200 – across the borough instead of being divided into band A and band B, a hike of £80 from the highest cost currently. But during the consultation some residents said that the charges were already too high.

The council also wants to charge those who use pay and display the same rate at £2 per hour, regardless of whether they use cash or card. Currently, card users are charged an extra 20p per hour at £1.60, while cash users pay £1.40.

The number of pay and display machines will also be significantly reduced because they are more than 15 years old and “many are beyond repair”.

“The cost of replacing all the machines would be in the region of £850,000,” according to the council, which has temporarily taken nearly half of 191 machines out of action to gauge public response after a surge in cashless transactions.

McGeevor said she was “really proud” of the responses to the consultation on the charges and of 61 per cent of respondents who agreed the council was right to introduce lower rates for parking permits to vehicles with lower emmissions.

She also cited the 78 per cent of those who agreed the council should encourage people to drive lower-emission vehicles.

A superficial response from Lewisham, without appreciation of the wider context

The spiralling environmental cost of our lithium battery addiction

As the world scrambles to replace fossil fuels with clean energy, the environmental impact of finding all the lithium required could become a major issue in its own right