Great to hear @Lewisham plan to use Experimental Traffic Orders (not TMO’s) for planned model filters. Their officers believe that this gives sufficient powers to allow boroughs to prioritise #cycling and #walking. @jonburkeUK @carfreedayLDN https://t.co/N6RKzK0KmY 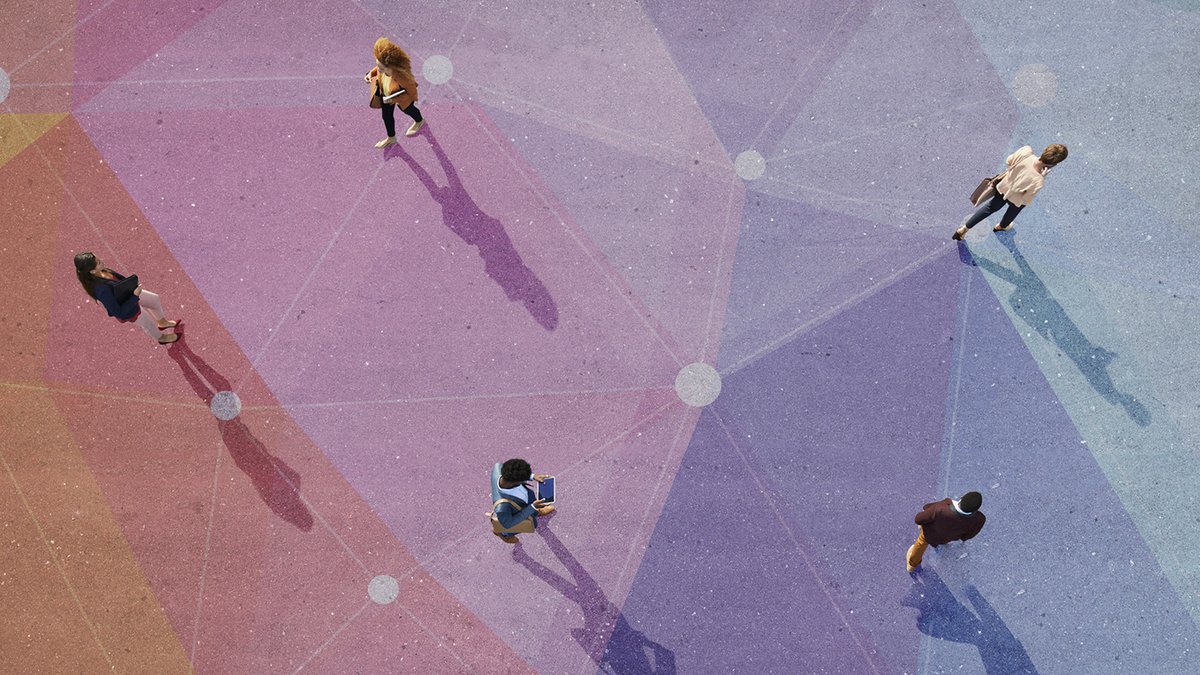 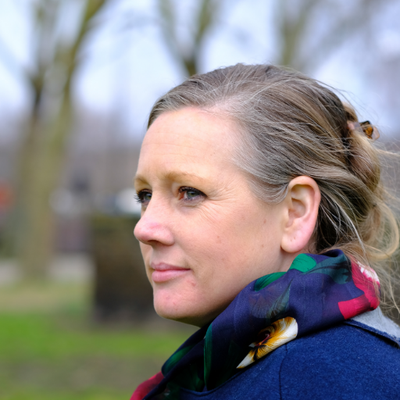 I’m not entirely sure what an ETO entails, but I have a hunch it’s bad news for anyone who relies on driving (or being driven)… 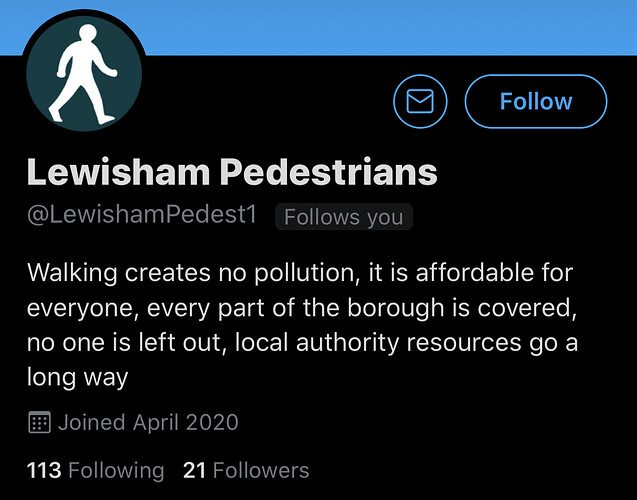 There’s no indication of who set it up, but the followers list (21 so far) is a “who’s who” of local councillors.

I wonder if they’ll use this and potentially other “grassroots-style” social media accounts (eg Vision Zero Lewisham) to get us all thinking about ETOs, until we’re convinced we came up with the idea ourselves…

Call me old fashioned but I believe council policy should be enacted in the following order:

If councils follow these steps in reverse order, that would be dubious.

Forgive my cynicism. Obviously, we don’t know what’s coming, and Lewisham might come up with some decent ETO policies. An example of good policy being (from an admittedly biased PoV) a small number of roads closed to traffic except fully electric vehicles, encouraging the adoption of sustainable transport.

But given the zero-sum goals behind the Dartmouth Road narrowing, for example, I suspect Lewisham Council will continue its ideological war on car ownership.

Is this the system (Experimental Traffic Orders) that was used in Walthamstow to try out alternative traffic flows before finalising the Little Holland scheme?

"Every part of the Borough is covered, no one is left out" - it will be interesting to see how decisions are made about which streets are closed to thru traffic.

Call me old fashioned but I believe council policy should be enacted in the following order:

If councils follow these steps in reverse order , that would be dubious.

Even better if there are clear and detailed policies offered at election time which voters can be informed about, before they go to the ballot box.

Are you volunteering to moderate it?

There is a General Politics group available on SE26.life by the way

Is this the system (Experimental Traffic Orders) that was used in Walthamstow to try out alternative traffic flows before finalising the Little Holland scheme?

Possibly. The councillors are being very coy at this stage.

The optimist in me hopes the councillors will choose an ETO like the one implemented in Beech Street:

On the 18 March the City of London Corporation introduced traffic changes on Beech Street, Bridgewater Street and Golden Lane with the aim of reducing air pollution. The experimental traffic scheme will run for up to 18 months.

Beech Street has high levels of air pollution because it is busy and enclosed and urgent improvement is needed to bring nitrogen dioxide levels within World Health Organisation guidelines. This scheme is the UK’s first ‘zero emission street’ operating 24 hours a day, 7 days a week.

A zero emission street is a street for people who are:

Only zero emission vehicles are permitted to drive through Beech Street except for those accessing off-street premises.

But given the zero-sum goals behind the Dartmouth Road narrowing , for example, I suspect Lewisham Council will continue its ideological war on car ownership. 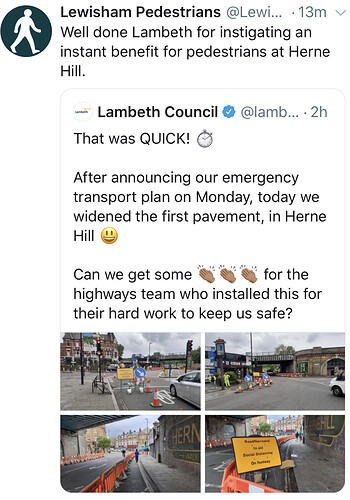 It’s a shame the narrow, raised pavement under the Forest Hill Bridge can’t benefit from this. At present that is the only route from Perry Vale to Dartmouth Road which doesn’t includes steps or crossing the south circular. That is a bit of pavement which could benefit from that type of temporary measure.

I agree. The current pavement is also very uneven. Trying to get from Sainsbury’s to Waldram Park Road with a full shopping trolley is impossible if you have any mobility issues.

Looks as though things may be moving on some tfl controlled roads soon. Those roads include the S circular.

Just found out that TfL are going to implement emergency pavement widening on their network. This is timely and hugely encouraging, but I can't tell you where it's happening because @willnorman will probably kill me if I do.
ThorNogson May 1, 2020, 5:02pm #11

And more excellent news for Londoners.

Pleased to see the measures to support social distancing on our streets (that I and others have called for), picked up in the Mayor's developing Streetspace Plan. Our street design has a huge part to play as we learn to live with this serious virus threat. bikebiz.com/mayors-streets… As the UK lockdown heads into its second phase, Mayor of London's walking and cycling commissioner W

What a self-contradictory plan:

With London’s public transport capacity potentially running at a fifth of pre-crisis levels, up to eight million journeys a day will need to be made by other means. If people switch only a fraction of these journeys to cars, London will grind to a halt. Essential deliveries and emergency services will be stuck in gridlock and Londoners will once again be exposed to toxic traffic fumes and rising levels of road danger. Our city’s economic recovery will be choked off.

We’re already seeing the first set of emergency changes being made across London, with pavements being widened in Lambeth, a shopping street closed to cars in Hackney and residential streets being made access-only in Croydon. The Mayor’s Streetspace plan will build on this, transforming London’s main roads, repurposing general traffic lanes and parking spaces for temporary cycle lanes and wider footways

He’s an ideologue with a narrow agenda, and he’s exploiting our distraction during the Covid crisis to implement plans that will hurt the interests of millions of Londoners, directly and indirectly. He’s not interested in making real environmental progress (eg electric vehicles). He just wants to take an axe to all road users aside from cyclists and pedestrians.

I suppose this was inevitable given his job title: “Mayor of London’s walking and cycling commissioner”.

Where is the “Mayor of London’s vehicle user commissioner”?

This is excellent news. There are so many touch points particularly on TfL operated roads where it impossible to maintain any significant distance. And are impossible to avoid. I wonder if they can do something with pedestrian islands.

Really hard to see why anyone would oppose more social distancing on our streets to save lives given the appalling loss of life that is going on in London.

Like many things at present, ideas are being forced through as their is a pressing need. It will be interesting to see some analysis of these changes and public sentiment once they are in place, and whether their is a clamor to go back or to leave them as is (perhaps with amendments).

With more people walking & cycling we've seen air quality improve by 19-31%! We hope these changes can help make this permanent. Fewer than half of households own a car in #Lewisham, this will reclaim our roads for the majority & help meet our Climate Emergency commitments https://t.co/xJkRnsu3Vs

“Modal filters” meaning removing access to certain modes of transport. It means car owners will still pay the same road tax but thanks to activists within the council, their access to the road will be reduced.

And all the vehicles we rely on for deliveries, tradesmen, carers, emergency services etc will be negatively affected too. Ambulances may be in “the minority” of road users but I think they have more right to use the roads than pedestrians, who already have footpaths!

Classic zero-sum policy-making, which will simply increase congestion elsewhere and force drivers to make longer journeys due to road closures.

This divisive policy wasn’t on the councillor’s manifesto so I hope the council will perform (and honour) a public consultation beforehand.

I think it sounds really good, less car use is in everyone’s interests, especially now.

less car use is in everyone’s interests, especially now.

Except for anyone that needs to use a car? Or those who rely on people driving to them? Or do those people not count?

We’re meant to be doing big shops infrequently. I can barely fit all my shopping into my car boot. I’d like to see how the council propose I carry it all on my bike.

Also, from a Covid point of view, in a car I am shielded, and shield the world. Not so much if I’m walking or cycling

Lots of people manage without cars, do you truly need one? They’re polluting, cause congestion, take up loads of space per person and the majority don’t have one so I think it’s right that policy should cater as much as possible to pedestrians and public transport users. If the result of this is a reduction in number of cars that’s a good thing, and I expect the council will account for people who genuinely rely on them.

Lots of people manage without cars, do you truly need one? They’re polluting, cause congestion, take up loads of space per person and the majority don’t have one

Ah, the tyranny of the masses.

Sure, you could probably get by without electricity if you really set your mind to it. But if you want to cut my electricity supply off, you’d better have a more compelling argument than “well most people make different choices, so yours is going to have to change”

And by the way my car produces zero emissions, is parked on my drive, and congestion is really not a thing at the moment.