About a week ago, this sign appeared on the railing of 35 Sunderland Road. This is the building on the South Circular part of Sunderland Road near the corner of Waldram Park Road.

I immediately had concern about this particularly as there are no drop offs allowed at the building because of traffic lines, and there is scant parking available at that end of Sunderland Road to allow for an additional load a number of times per week.

Part of the building is currently being used by Twinkle Twinkle Gem Nursery. Permission had been granted in 2011 for part of the basement to be reclassified from D2 to D1 for this purpose. I note that there had been a previous attempt to convert the building from D2 to D1 for the purposes of a church. The Forest Hill Society (@Michael) had objected to this in 2010 and it appears the effort was abandoned with a note an appeal would be denied.

I’d like to object to this. But the D1 class includes both nursery and religious institutions. What basis could there be for an objection? 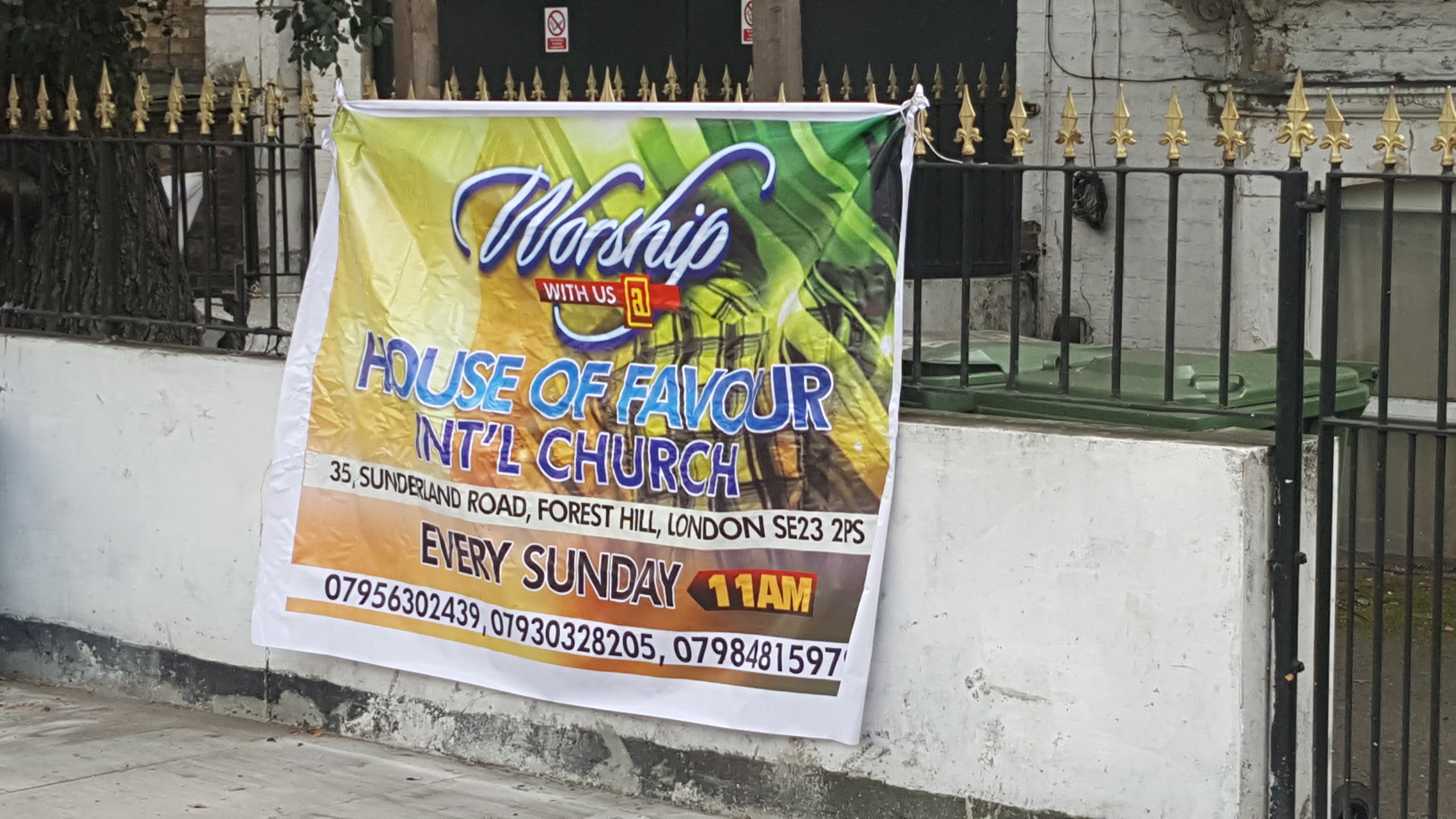 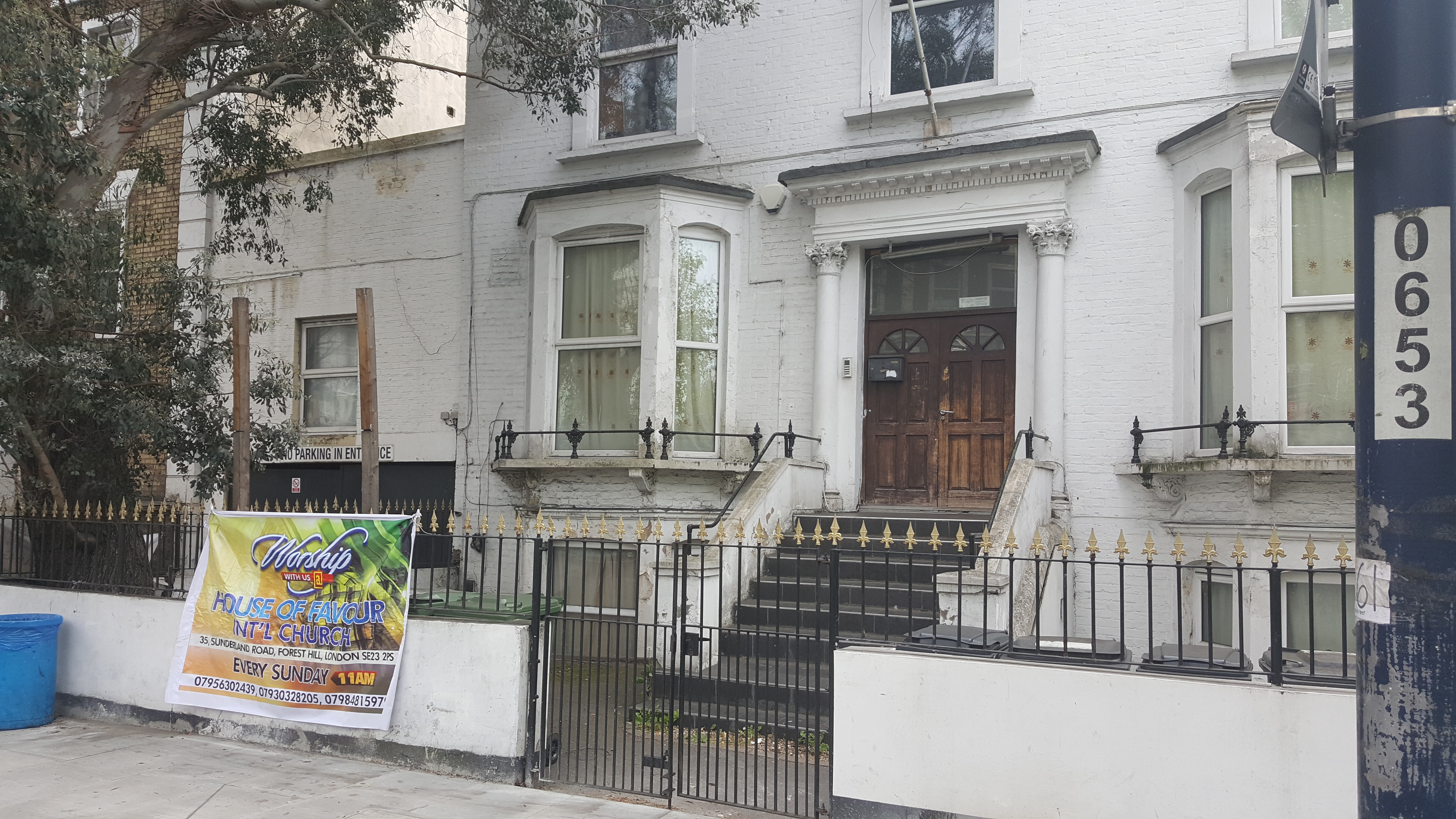 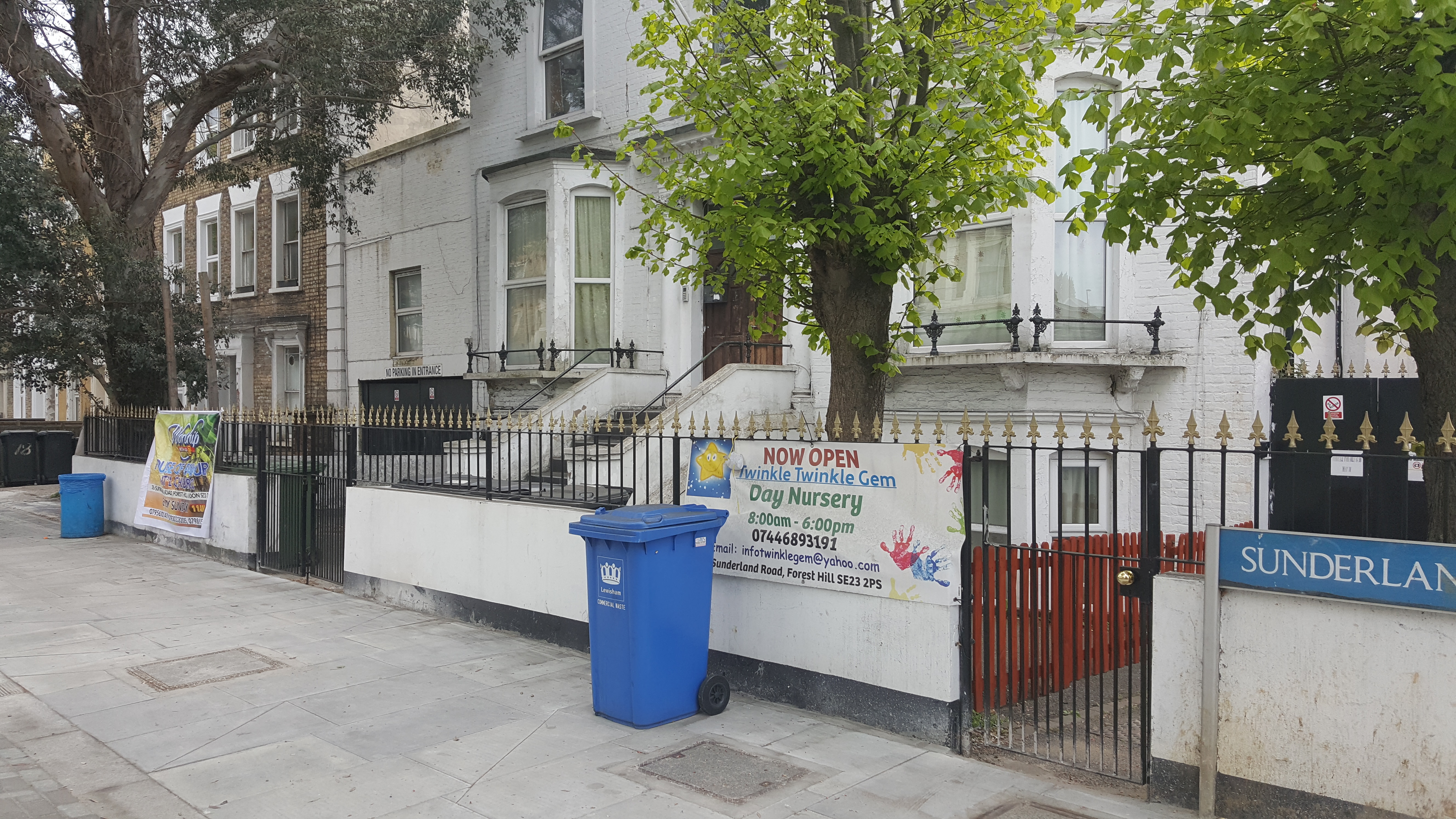 I would advise to look on lewisham’s website for refusals of D1 uses and get the committee report.

It looks to me like it went to Appeal and this was dismissed:
http://planning.lewisham.gov.uk/online-applications/appealDetails.do?activeTab=summary&keyVal=_LEWIS_DCAPPEAL_29949

ETA, that is under permitted development rights. Though am not sure how that works when there has been an appeal decision as I thought that had legal weight.

There has been a church operating there since 2009 as far as I’m aware.
I believe they are now relying on a loophole by claiming that the main use is a nursery and the church is not the main use (but possibly allowed as a secondary use).

Ah. This is the first time I’ve seen any signage in a year. The change of use to D1 aplied to only part of the basement. Wonder if their limiting use to that.

@starman I’d be interested if you can find any more out on this.

Difficult to tell from the council website but it seems to indicate that the appeal for the initial application was dismissed, meaning that it doesn’t have the correct permissions to run as a church?

In a report submitted for the change of use to nursery there is a really interesting document which gives a full and concise history of planning for the property which is largely focused on the House of Favour’s efforts to reclassify to D1 first directly and then through subterfuge.

The change in building use for the nursery is very specific to use by a childcare facility for up to 31 children.

I’ve now submitted a complaint to planning and local councillor. Will report back when I hear anything.

It appears there was another application for change of use to a church in August. And another denial.

You have to hand it to the church, they keep trying. Keep fighting it!!

Considering permission was supposedly refused to operate as a church they still seem to be operating as one! At least 2 Sundays in the last month or so they have been a damn nuisance with their parking all the way up Sunderland Road on both sides of the road blocking driveways and not leaving enough space for others already parked to be able to get out!