We have a little bio section in the members profiles, which is great for a quick snapshot of who is who. How about getting to know a bit more about each other?

Nothing compulsory, no expectations on what people wish to share, but for some just a bit of a learning experience, and a community bonding opportunity. Just for a bit of fun, but could also be quite interesting.

Here’s a few links about me, happy to post more info but here it is via others.

My business profile via FH Society

My personal profile within our community partnership bid for FH library which is not made public:

Pauline Wright is the owner of Sugar Mountain on Dartmouth Road, an executive member of Forest Hill Traders’ Association and has been a resident of Forest Hill for sixteen years. She graduated from The Urdang Academy of Ballet and Performing Arts in 1990, and, since opening her shop in 2012 she has coordinated and managed many community events including Forest Hill Fashion Week, Santa’s Grotto, and Forest Hill Fiver Fests. Pauline has good relationships with local schools, and has a history of organising fundraisers to support her young customers with illness and disability. Most recently she has assisted a teacher from Forest Hill School with a fundraiser for Evelina Children’s Hospital and had class visits from Perrymount Primary School as part of School Projects.

I grew up in Glasgow in a working class family, my Dad died when I was 8 and he run a community centre & was so artistic, he has always been my inspiration. He also part owned the main Glasgow meat market with his brother which some might not like in Glasgow…

My uncle ( my Mum’s brother was George Henry) managed to do quite well for himself & created Camden Palace as a nightclub & also bought Hippodrome from Peter Stringfellow back in the day.

All except from my Mum have passed but I really look up to them all.

MY WORKING BACKGROUND Is

I trained at The Urdang Academy and graduated in 1990 & worked in musical theatre.
Then self trained myself as an insurance broker in the city doing my FPC 1, 2 & 3 when I became a Mum at 27 in a bad relationship.
Later on I opened my shop!

I’m now a single working Mum & proud of this

Awesome getting to know you better @Pauline Pauline, certainly explains a lot about some of your personal traits.
Thank you for sharing

I’m Chris, 34, and moved to Honor Oak in 2013. I grew up near Southend, in Essex, and have spent years trying to neutralise the accent, and learning to pronounce “th” properly. Happily, I progressed from “s’aink” to “sumfink” and now I am able to pronounce “something” correctly almost every time

I studied Computer Science at the University of Bath, graduated 11 years ago, and have lived in London ever since (Isle of Dogs, Rotherhithe, Tower Hamlets and Belsize Park in the past).

I’ve always been into computers from an early age. My Dad programmed the first government VAT calculator using punch cards, and he also built Apple’s accountancy suite back in the day. He taught me to program computers at the age of six, and I was privileged to have computers in the house throughout my childhood. 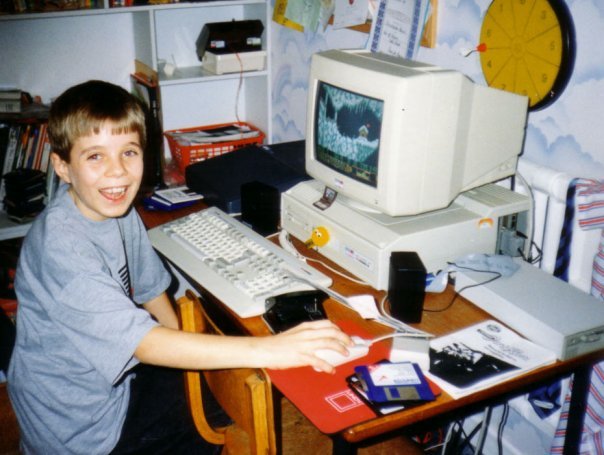 Not my first PC, but the first with a colour monitor and a soundcard. A £50 second-hand Amstrad 2086 (Intel 8086, 8MHz, 640K RAM), which supported VGA graphics and even SVGA. Barely any software at the time, beyond Amstrad’s demo slideshow, ever took advantage of SVGA.

Christmas, 1993. I was desperate for a new computer, and was disappointed to see a matchbox-sized main present under the tree. Jewellery? Hope not! When I opened the tiny parcel it was indeed a matchbox. Inside the box was a newspaper clipping of the advert for my new PC. I was ecstatic, as you can see in the photo!

I once invited my Dad to be in the audience of BBC’s The Voice, and we both got on TV for a fleeting few seconds: 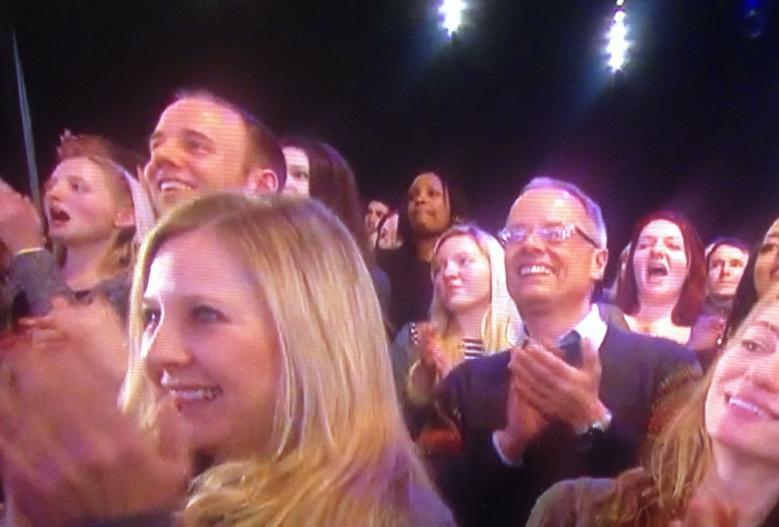 I built many websites in my early teens. One or two made some money. One of them was shuttered sharpish, when I got threatening emails from Playboy Enterprises Inc solicitors and had a very awkward evening explaining to Mum where all the American cheques had come from, and how it was unrelated to drugs or mafia activity. She forced me to show her the websites, to my huge embarrassment. Dad watched and chuckled.

I now own a company (Brighter Code Limited) and work on specialist financial software contracts to investment banks.

I chaired the university windsurfing club, became a qualified windsurfing instructor, competed and did well in the BUSA national championships, but never took it any further. I like scuba diving, skiing, running (2 marathons so far), cycling and roller-blading.

I’m a keen photographer and a small selection of my best photos are here:

In my spare time I built the web’s liveliest caption competition: http://www.caption.me/

I’m an atheist and built the world’s most comprehensive collection of atheist quotes, which I am proud of and host here: http://www.askatheists.com/

I quit finance in 2013 to launch a startup: http://www.streetlend.com/ on my own. It failed to catch on, and I’m now back in finance.

I got into the bitcoin craze too late and built https://www.cointouch.com/ which had a brief flurry of excitement (including some approaches by venture capitalists) but I didn’t pursue it further, partly out of personal fear, and partly out of uncertainty around the future of the Bitcoin cryptocurrency itself.

On the 16th May, with some help from @Pauline I launched this website (https://se23.life) and it’s been a whirlwind. Within a few days we had our first in-person meetup event and @anon64893700sn and @thirstforwine agreed to help run the site. I haven’t been sleeping or eating properly because I’m so excited about it.

I have a tolerant and beautiful fiancé, @Liz_Hall who I will be marrying in August.

Awesome get to know you @chrisbeach Some really interesting info there, and certainly explains a few quirks

Time to take a breather soon and help the wonderful @Liz_Hall with the wedding planning. Although I get the impression its all under control

A family member heard about this new site from Pauline at Sugar Mountain - so I’ve signed up!
Thanks for setting it all up chris.

I’m excited about having a new forum; probably won’t be a big poster, but an avid reader.

Welcome to the site! If you need any help setting up your profile (with an image etc) just let me know

Welcome to a fresh new place to discuss local and many other topics.

Good to be one here. Nice to see you all and good to see you.

Hey @Londondrz good to see you over here too.

@Londondrz - a great voice of reason & humour from the old forum! Pleasure to see you here John, and just let me know if I can help in any way with the workings of this site.

Woooaaaaahh hold up a moment. Are you saying Londondrz isn’t your real name!

5 posts were split to a new topic: Could this forum succeed where others have failed?

Jason (though star is acceptable).

Welcome to Forest Hill, Jason! I’d recommend popping in to see @Pauline at Sugar Mountain (the sweet shop at 57a Dartmouth Road) to get your profile verified and say hi (please add an avatar image first). Pauline is really well-connected in the local community and always knows the latest gossip! Good ice cream too.

Jason (though star is acceptable)

Thanks Chris… I’ve chatted to Pauline a couple of times. Last time she pointed me to the Havelock Walk Open Studios Day… which my pocketbook will never forgive. Next time I’ll mention the Forum. BTW… how do I add an avatar? Your welcome message didn’t address this.

No. Just Star. I’m casual about that.