I wonder if you might help solve a bit of a mystery for me.

On one of the many lockdown walks I have taken in the area this last year, I came across a map of the residential blocks on Adenmore Road in Catford (one of those ‘You Are Here’ things), which seemed to show there was some kind of stairs/passage, to get across the railway tracks from Catford Bridge (so going from Adenmore to Doggett) without having to actually go over the bridge itself. According to the estate map (photo attached) this is between Burgess Court and Dempsey Court.

However, on having gone to look for this magical crossing, there is nothing there. Only a lovely open garden which ends in a very much closed fence. And there’s nothing on the other side of the railway line on Doggett Road either. You can see a map here: https://www.google.co.uk/maps/@51.4472717,-0.0243147,77m/data=!3m1!1e3

Does anyone know anything about it? Was there something there and then it was removed? Was it planned but not built but left on the maps (there’s 2 of these maps along Adenmore Road!)? Is it some sort of Harry Potter platfom 9 & 3/4 that is only there if you believe it’s there? 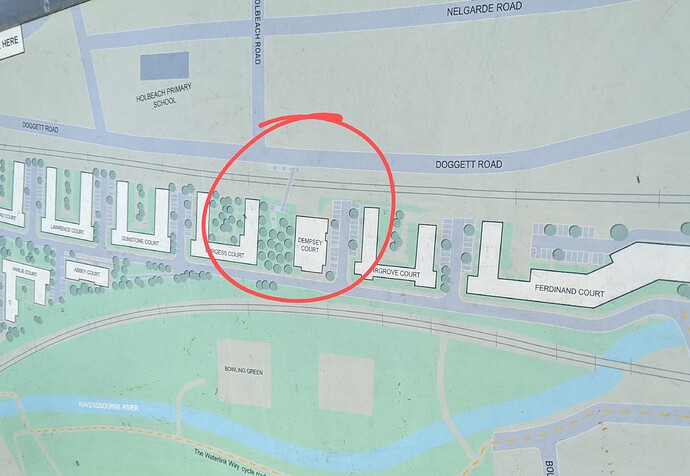 It was planned but never built. A controversial topic as it should have been. Some are still campaigning. 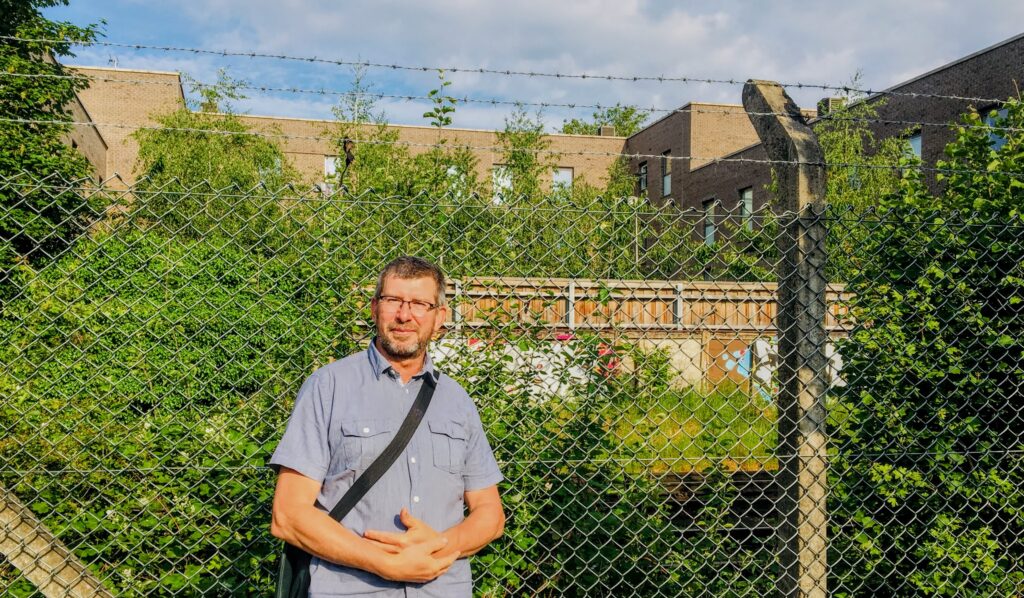 Council abandons plans for footbridge over rail line and opts instead to...

Lewisham has decided to redirect funding secured from the redevelopment of the former Catford Greyhound Stadium, now Catford Green, to pedestrian improvements around Catford Bridge…

Back in the day when the Greyhound track was still there, there used to be 2 bridges crossing over the railway tracks.