The Railway Telegraph is reopening under new ‘management’. The previous guy who did a fantastic job in doing the place up has had a difference of opinion with the brewery (Shepherd Neame) who wanted more booze sales, despite the obvious success of the menu. FYI, they’re opening a restaurant in Bromley.

Reliably informed that it will only be closed for a short while, opening under the management of a couple of brothers who have other ventures nearby. Bar staff who want to stay are being retained. Much of the food offerings will remain.

There will also be more focus on live entertainment but also reliably informed that “…don’t worry, it’ll be better than the crap we used to have on…”

The RT is a great pub (my local) but as a beer lover who doesn’t particularly like Shepherd Neame beer, it’ll always be held back by the brewery tie. I say that despite being a Man of Kent who was practically force fed the stuff!

Hope also that they keep the chefs

The Railway Telegraph was one of my favourite pubs in the area. 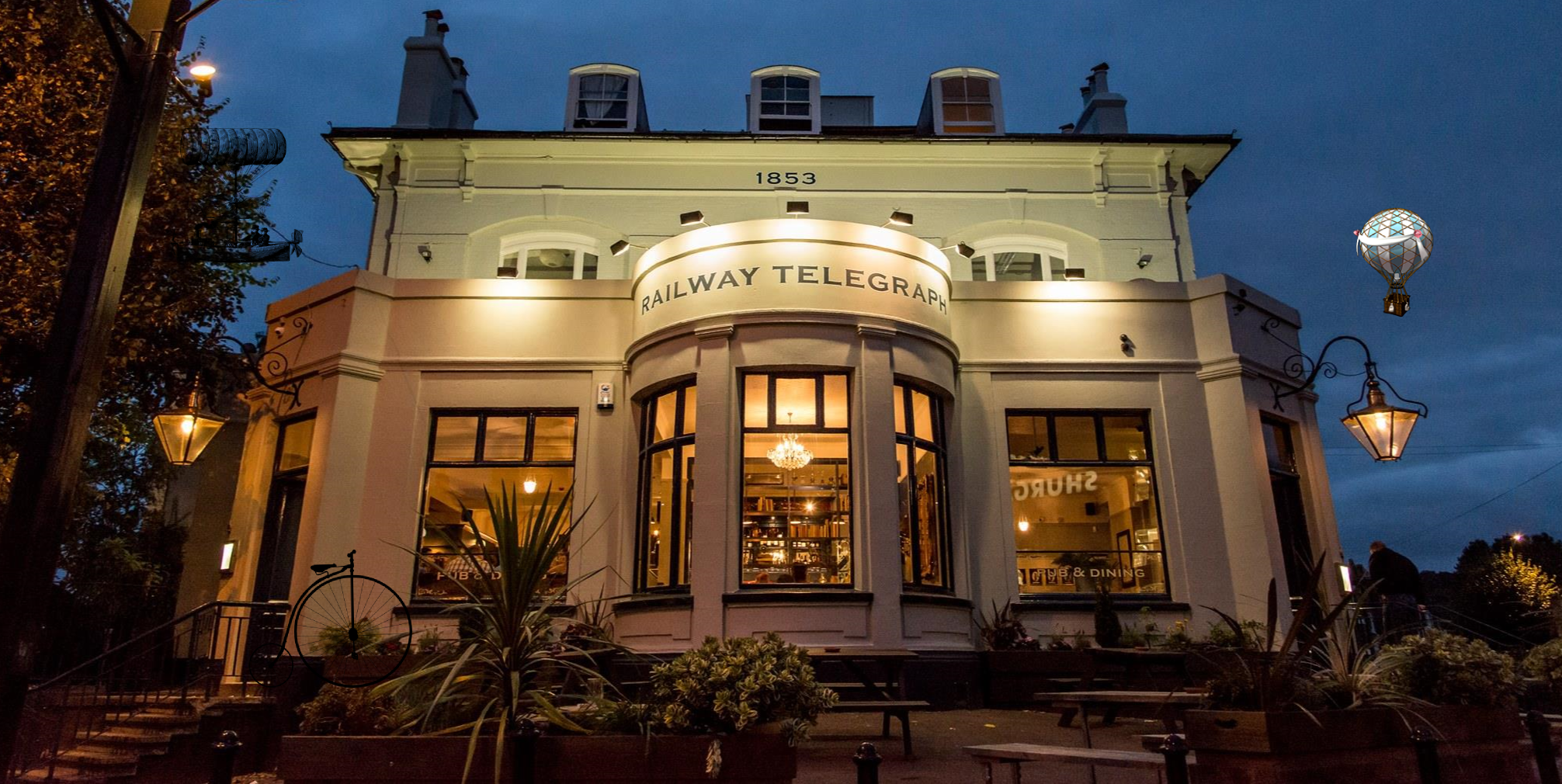 I loved the old landlord, super friendly and welcoming. Will definitely visit his new place. Hopefully the new landlords will be as nice.

This is my local… literally a 3 minute walk to the end of my road… as it’s just that bit off the main drag, when meeting friends, we tend to go into FH proper, so we have only been here a few times since we moved to FH but will definitely make more of an effort… looking forward to seeing what the new owners do.

So… is it closed now?

Yes I just walked past to have a nosey. Definitely shut

Really hope we get good entertainment. So close but not really able to use for a night out previously. Would love to be able to roll home lol

I always liked the pub but the beer offering was very limited and it seems like that wont change. Given the competition around the area I’m not sure they are going to win more custom with a “focus on live entertainment”

No-one likes live entertainment in pubs do they?!

It’s a shame I loved that pub

We just passed this on the bus. Doors were open and signs said Sunday lunch being served.

Now in the Railway Tavern. Hasn’t changed. Been open since yesterday.

I know they are only settling in but they might need to think about their music/playlist… the music was some strange continuous mix of popular chart tunes with an underlying reggae/urban backing track. I have never heard anything like it before and was quite odd!

Having a drink in here tonight - they have really spruced up the front gardens with lots more additions on the way. The new management own a farm and abbatoir in Wales and are planning to open a steakhouse upstairs which I think will be a great addition to the neighbourhood. He’s also open to talking to the FH food assembly about retail. All in all - I loved it as it was - but think the new incarnation will be better. Music will be acoustic on Saturday evening and some jazz with Sunday lunch apparently. Sounds great and I think we should all support our new local business

The new RT follows my shop on twitterland so I’ll drop them a PM to let them know I’m also FHFA.

Cheers for that, I’ll pop down probably on Monday to welcome them & introduce myself

Sounds like a great plan! They seem lovely and have big plans for the RT

I’ll certainly drop by on Monday at some point for a chat!

Thanks for your input, it has certainly made me want to go & meet the new owners!

They are having an official opening event tomorrow (Saturday 13th) with live music.