Lewisham Council is looking into how we can increase retrofitting of homes across the borough.

Privately owned housing is responsible for the largest proportion of household carbon emissions in Lewisham. We’re interested in the views of home owners (what has your experience been if you’ve done it, would you consider it, what the barriers are etc) and we have put together this survey - Barriers to retrofitting privately owned homes: call for evidence - Lewisham Council - Citizen Space

Please take 5 minutes to fill it out and circulate it.

This seems a bit strange when Lewisham wouldn’t even consider retrofitting Mais House, preferring instead to see dozens of elderly residents moved frim their homes against their wishes in order to allow the landlord to demolish a relatively new building.

Thanks Sophie. I’ve completed the survey.

At present I’m just developing secondary glazing units for old single glazed box sash windows, a budget line if you like that can be removed for summer

The amount of heat that will be saved is considerable, easy to fit leaving the windows fully operational

Presumably it’s a frame with sliding panes like the photo?
What would one of these cost for a typical 6ft x 3ft box sash? 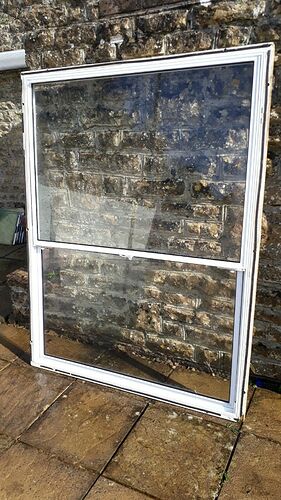 My response is in - but with a huge rant about windows in conservation areas and a request to be considered for the focus group.

It wouldn’t be so bad if Lewisham issued guidelines and was at least consistent in its approach. My neighbours were refused permission for really nice looking upvc sash windows on the back of their flat. They were replacing aged, ugly, blown and leaking upvc windows. Lewisham said they had to have wood. No negotiation. Permission refused. Budget means they’re stuck with leaky windows, which also happen to be out of keeping aesthetically with the house.

Meanwhile, in a much more sensitive part of the Conservation Area where the houses are Article Four protected (which my neighbours’ house is not), the same Planning Officer granted permission to rip the back off a well proportioned and historically important Victorian terraced house and build a two storey massive full width extension, replete with Juliet balcony, wrecking the integrity of the terrace, covering most of the small garden and blocking the wildlife corridor. Not to mention the loss of light and outlook for the immediate neighbours. But it had wooden windows. So that makes it all right?

There’s just no logic, no consistency and no feeling for how people actually live.

Don’t get me started on building over Council flats’ amenity areas and the condensation that will be caused when people are forced to dry their washing indoors.

Here’s an example showing a major problem with forcing wooden windows today. The 1st floor flat windows, which might just be accessible off a ladder for painting, look good - but the 2nd floor, which would need scaffolding at an additional cost of about £1500, are a rotting eyesore; and they will probably stay unpainted and continue to deteriorate until the putty crumbles away and a window pane ends up in the pavement. Bearing in mind that good and thorough painting should be done every 5 or 6 years, this is a problem. 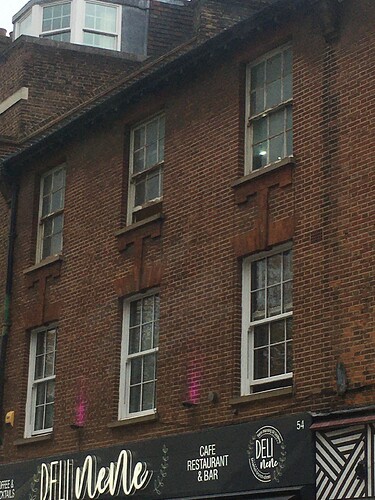 Not at all, my units sit inside the actual rebates of each panel of the sash itself

Those units cost a fortune, I’ve come up with a budget system so each individual pain is secondary glazed.

I’m just perfecting the fixings and then I’m doing a leaflet drop in the area.

The concept, they can be fixed DIY for those that can’t I can supply & fit.

The idea was to keep the windows fully operational while having the glazing, nice thing is they can be taken down for the sumner

Thank you Tracey - that sounds brilliant (although balancing sash weights could be an issue?).
What do they cost please?

I don’t see balance to be much if an issue.

2 most sash are slightly over weighted

3 push comes to shove, can alway either put a bolt or a small wedge in the top sash, window m sure in winter you want to have the top sashes open

I’m just finishing off a job in Crofton Park next week, the week after I’m gonna get this system sorted.

You’re more than welcome to contact me, as far as price and things go, I haven’t thought about it much, but also I’m going to set this project aside for those who have fallen in hard times & the vulnerable who perhaps have trouble staying in work, I’ve done this in the past with homeless when I’ve had large projects I’ve taken on a homeless person, given them the opportunity to learn, helped them save for a place, and guided them into independence.

Again that side I’m looking into, as this will be an opportunity for some, to actively grow a business

Thanks to everyone who’s completed the survey! If you haven’t yet done so, there is still time - the deadline is this Thursday 2nd December.