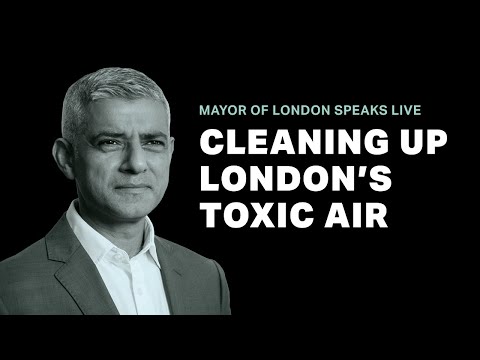 The announcement he makes is that the ULEZ will expand to cover all Greater London by the end of next year. It’s also being covered in the press (though not referencing Forest Hill School): 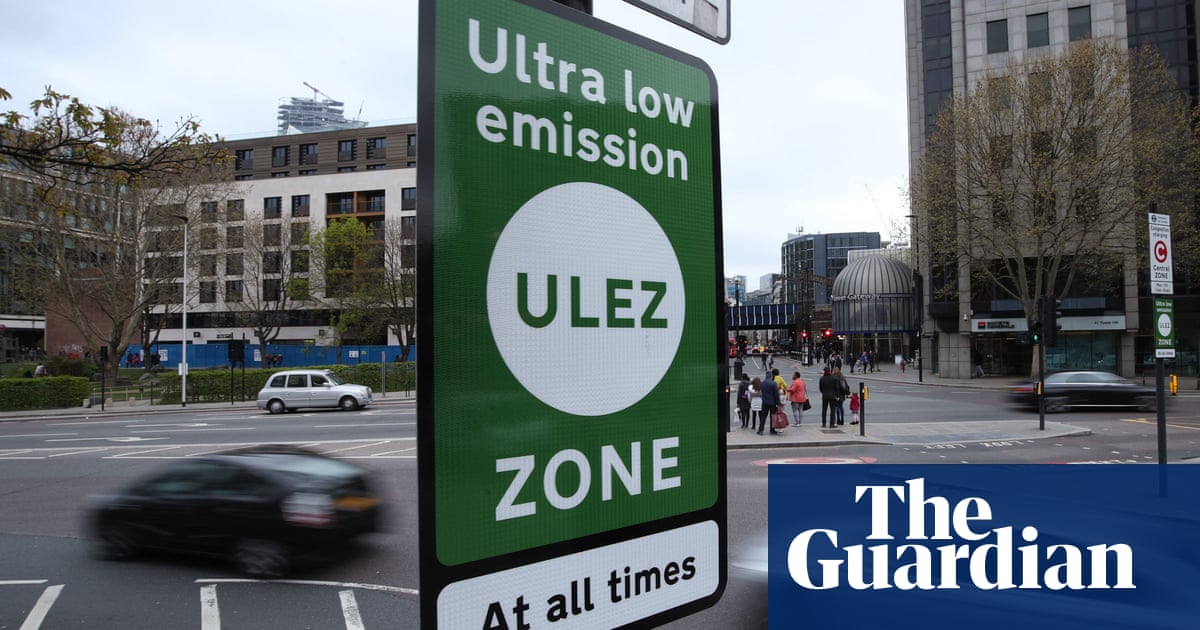 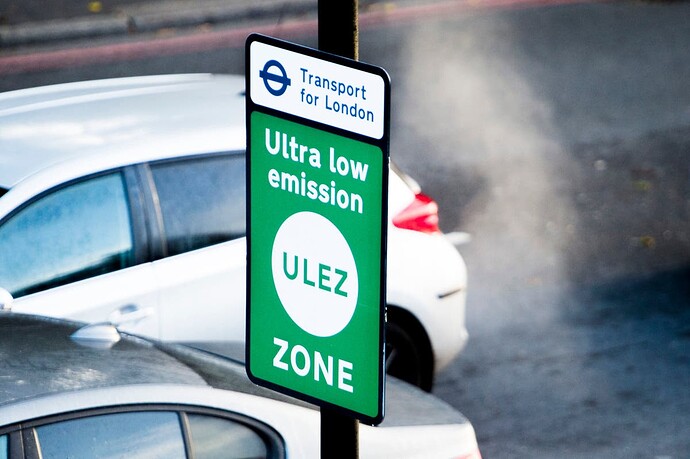 ULEZ to expand across all of Greater London

Only ‘clean’ vehicles will be able to drive within Greater London without paying the £12.50 a day charge

That’s good news, but timescales seem quite short given how much warning drivers had for the south circular ULEZ.

I’m in favour, but it would have been better if this had been set-out at the same time as the South Circular i.e 2 years after the zone will extend to x.

People may have purchased cars on the basis of being able to use them, tradespeople etc may need to change their vans or up their prices, which is all fine if it doesn’t affect you, but is a big financial hit potentially for people at a time when budgets are being squeezed.

The biggest thing I would like is much better secure cycle parking and much tougher penalties for bike theft so theft becomes rarer in addition to more dedicated cycle routes to make it safer for kids and those less confident on bikes.

The current Euro 4 standard required by the ULEZ for petrol engines dates back to cars registered after January 2006. I think there should also be a published plan to increase petrol engine requirements to Euro 5 (2011) and 6 (2015), with similar updates for diesel. This would also help buying decision for those that rely on cars and vans.

I thought it was a shame that Forest Hill School didn’t have a branded background behind the Lecturn to give the school some publicity and celebrate their achievements. They missed a trick.

As for the ULEZ, I think all of us on the borders saw an inevitable increase in pollution that would reduce over time. It is good that Sadiq has recognised this and we will get that reduction in 2 years rather than it being longer. 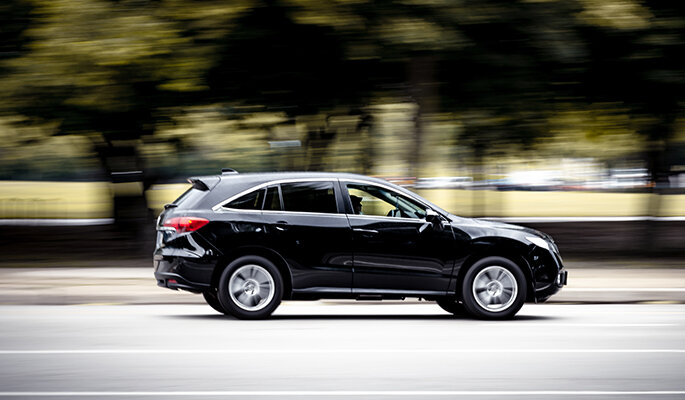 Pollution from tyre wear can be 1,000 times worse than what comes out of a car’s exhaust, Emissions Analytics has found.

It is perhaps time that they set out how this would become a journey pricing zone so that people get charged for the distance they cover rather than the nonsense that if you travel 1 mile you get charged the same as somebody travelling 100 miles while only producing 1% of the damage.

Is this true? That’s a genuine question, I’ve not seen any evidence either way.

On the border may have changed post the day of change, but I would have thought it would still be lower than pre-announcement. I accept however this is all assumption on my behalf, so was just wondering if there was any evidence either way?

With the exception of disabilities people shouldn’t really be driving distances of one mile surely? A relatively fit person can easily walk that in 15 -20 mins.

Not encouraging people to travel one mile by car just highlighting the current costing method.

It could be argued tht it is the short journeys that can easily be done on foot or by bus that need to be penalised the most.

Exhaust emissions are only part of the problem

Agriculture a major cause of air pollution | Airclim

Food cultivation is the dominant source of fine particulate matter (PM2.5) in ambient air in Europe, the central US and parts of China, according to a new study from the Earth Institute at Columbia University.

Wonder what time he went? As the school entrances now have increased traffic going past them since they blocked off 2 roads that lead to Sydenham in the lockdowns. Which now causes more traffic & pollution around the school and its entrances.
Especially with all the HGV/building works going on in Mayow Rd too.
Obviously someone wasn’t thinking about our children & teachers, breathing in the not so fresh air in school & during keep windows open covid times too, or hot weather.

Fun fact - cars cause traffic and pollution, not road closures. The good news is that the alternative is to walk or cycle to school down the roads that are closed to through traffic and have much less pollution.

It seems like it’s people who do have alternative options to driving and choose not to are the ones not ‘thinking about our children & teachers’ - at least now they’ll have to choose a less polluting vehicle.

It will be interesting to see at what price point people choose to switch to more active travel. 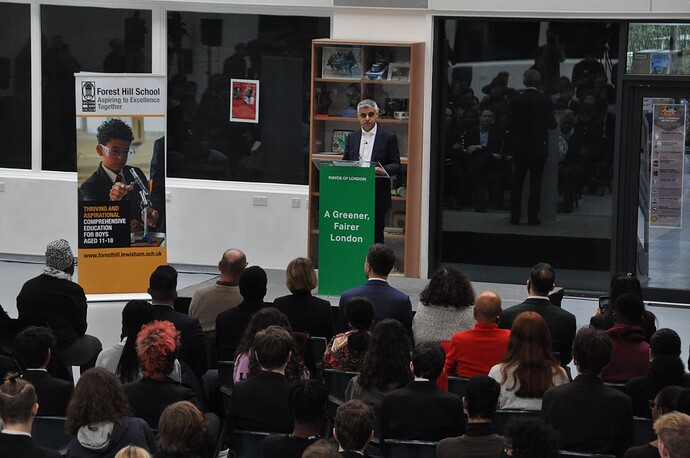 Fun fact - cars cause traffic and pollution, not road closures. The good news is that the alternative is to walk or cycle to school down the roads that are closed to through traffic and have much less pollution.

I think that’s a bit unfair really. @Clair only said the school entrances see increased traffic since other roads to Sydenham have been blocked off, and like most schools I’m sure Forest Hill School already actively encourages use of public transport, walking and cycling among pupils (and teachers). It’s a secondary school afterall, so there’s not going to be many parents that routinely drop-off their kids by car.

Unfortunately the fact is, and I think what @Clair is getting at, is that unless you take the ‘long route’ down Perry Rise (past Brent Knoll School) and back up Sydenham Road, the only way to traverse between Forest Hill and Sydenham now is via Mayow Road or Dacres Road, passing Forest Hill School. The other route is via the South Circular and Dartmouth Road, which is very slow too.

Perhaps Mayow Road should be made a school street as many of the the other schools in the area got one. But that will force all traffic via Perry Rise and Bell Green, already a pollution hotspot on Haseltine Primary’s doorstep - as recognised in Mayor Sadiq Khan’s own report from 2018.

I don’t feel there are any easy solutions, but LTNs definitely produce winners and losers at least in the short term. Things like removing the most polluting vehicles from roads, either directly through things such as ULEZ expansion, or through encouraging changes in people’s habits are definitely a good thing though.

The main point though is surely the only thing that is going to reduce traffic and air pollution substantially is for everyone to take responsibility and reduce their personal car usage.

No special pleading about hobbies, being short of time, poor public transport etc…

We all have the solution to this in our control so we should take responsibility and stop thinking it is someone else’s problem.

You are not stuck in traffic, you are traffic.

Wouldn’t making everywhere within a one mile radius of a train station pay & display or permits only solve all of this?

Driving is made so easy in Lewisham.

Everyone knows driving a car causes pollution and that they should take responsibility and most of us do and actively travel round the area.

Is it beneficial that the many FHS kids who walk across from this side of the tracks get to cross a road that has been closed, breathing in cleaner air for probably about a minute each day but they get to school and breathe in more polluted air for 7 hours due to displaced traffic?

Traffic measures that apply to everywhere or everyone are generally good, there is a sense of we are all in this together rather than winners or losers, the chosen versus the unchosen.

ULEZ will now be good for all of Forest Hill.

I would agree, permit parking within one mile of the station would be good for the majority of locals including FHS and would remove pollution rather than just displace it.

I was a pupil at FHS in the late 50’s, early 60’s and any boy being taken to school by their Mum back then would have got a serious ribbing. Perhaps that kind of peer pressure should be encouraged today.