Spotting a pattern with Southwark Council:

The result of brownfield first policy. Southwark to build 168 homes on this park in Peckham, as it's not actually classified green space. https://t.co/DHbMvSrnYQ 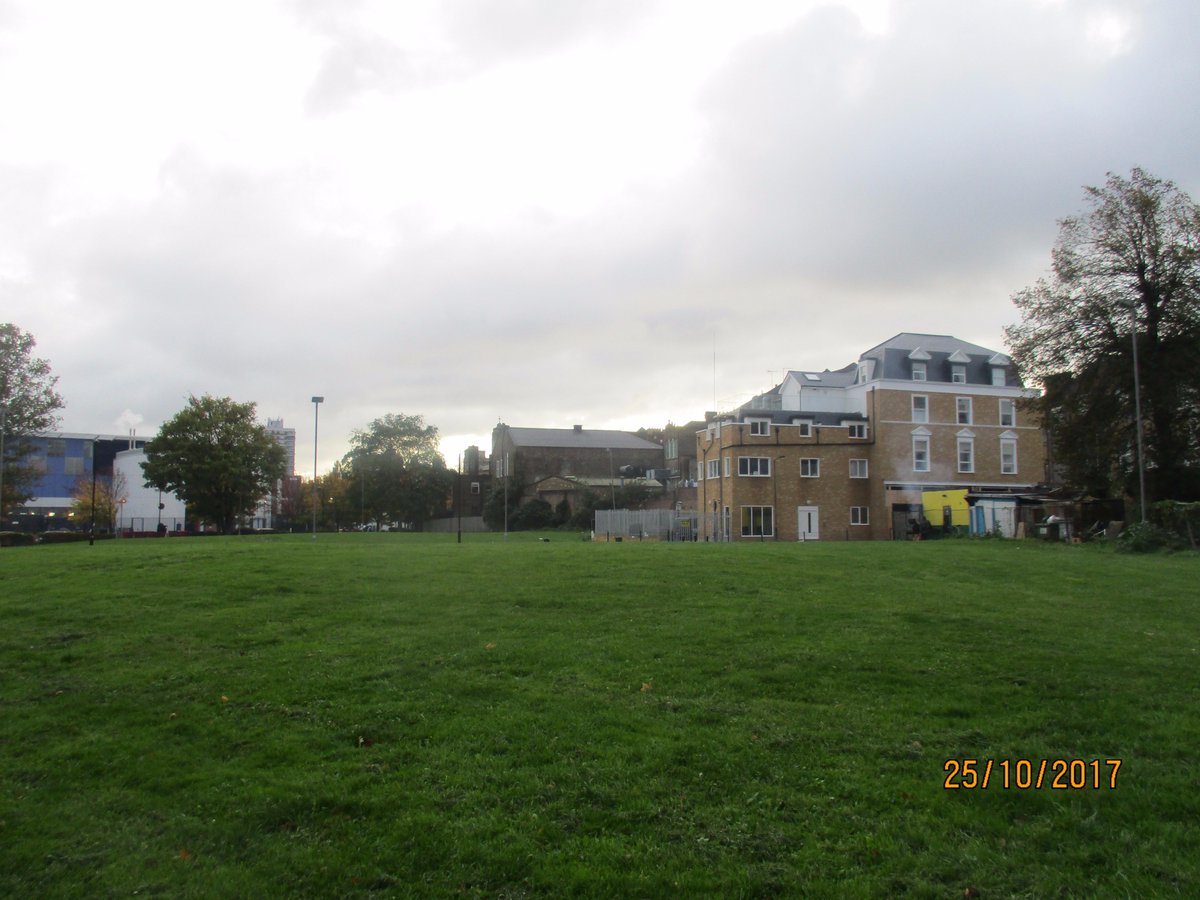 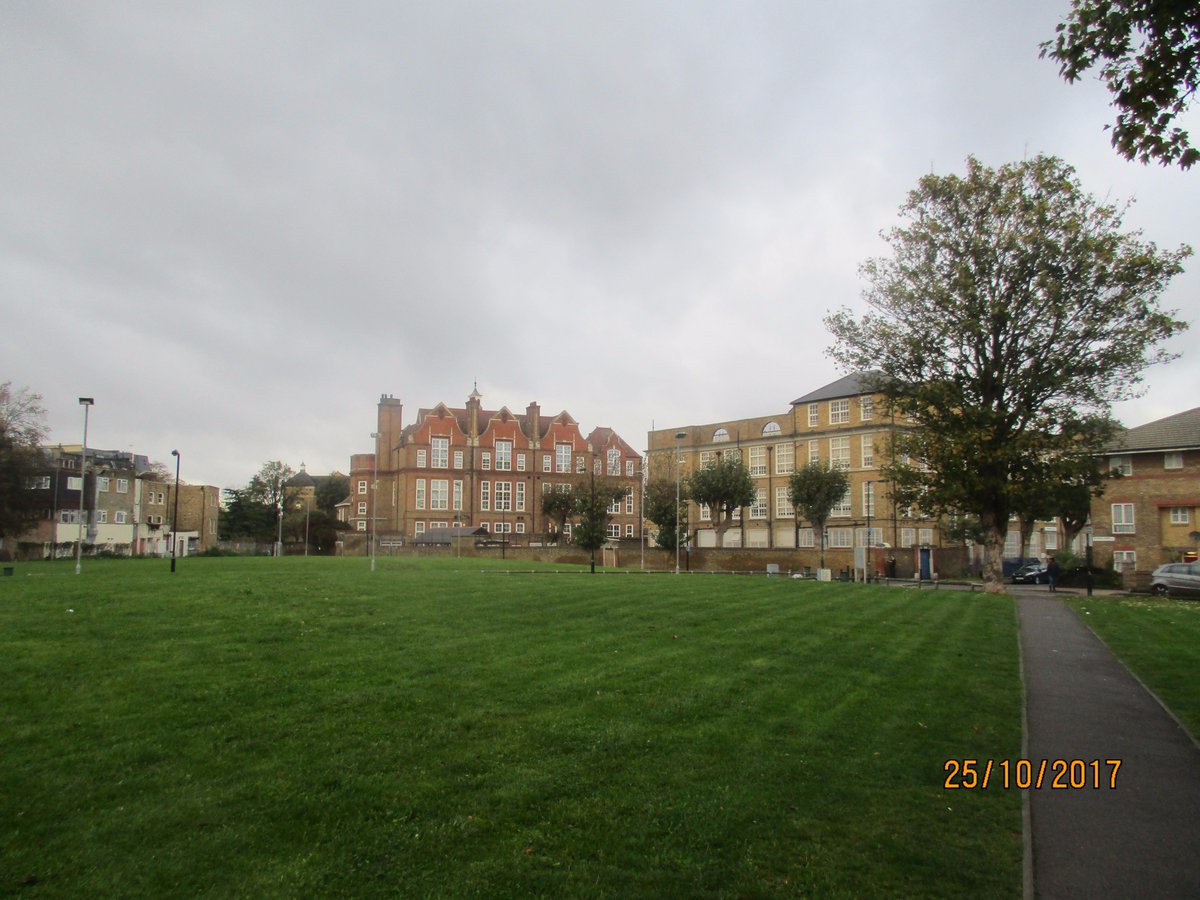 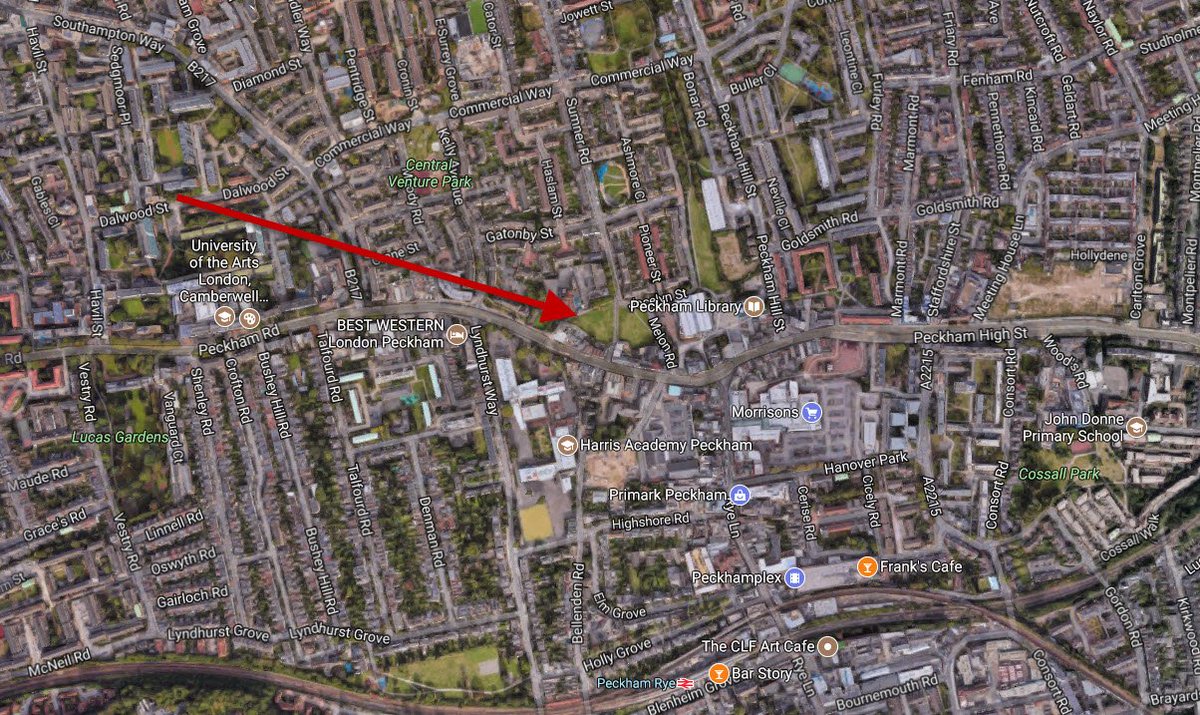 More tragedy. More of Southwark selling off the land for profit. Destroying the borough’s green spaces for corporate profit. And this by a Labour council.

More tragedy. More of Southwark selling off the land for profit. Destroying the borough’s green spaces for corporate profit. And this by a Labour council

I’m not sure this is fair. Over 70% affordable homes are on offer, and to let rather than sale. I’m sure the council had to push long and hard to achieve this. Of course one can always deny the issue of not enough affordable housing but I’m glad the councils don’t. I find the above description however slightly cynical.

I think calling this site a “park” is stretching it too far, it is merely a smallish derelict piece of land albeit one with a bit of grass and a few trees on it. As for quality green spaces, Sumner Road Park is just down the road, and Burgess Park a ten minute walk away. I know where I would prefer to have my pick nick…

it is merely a smallish derelict piece of land albeit one with a bit of grass and a few trees on it.

Are we talking about the same thing here? This is the park being destroyed: 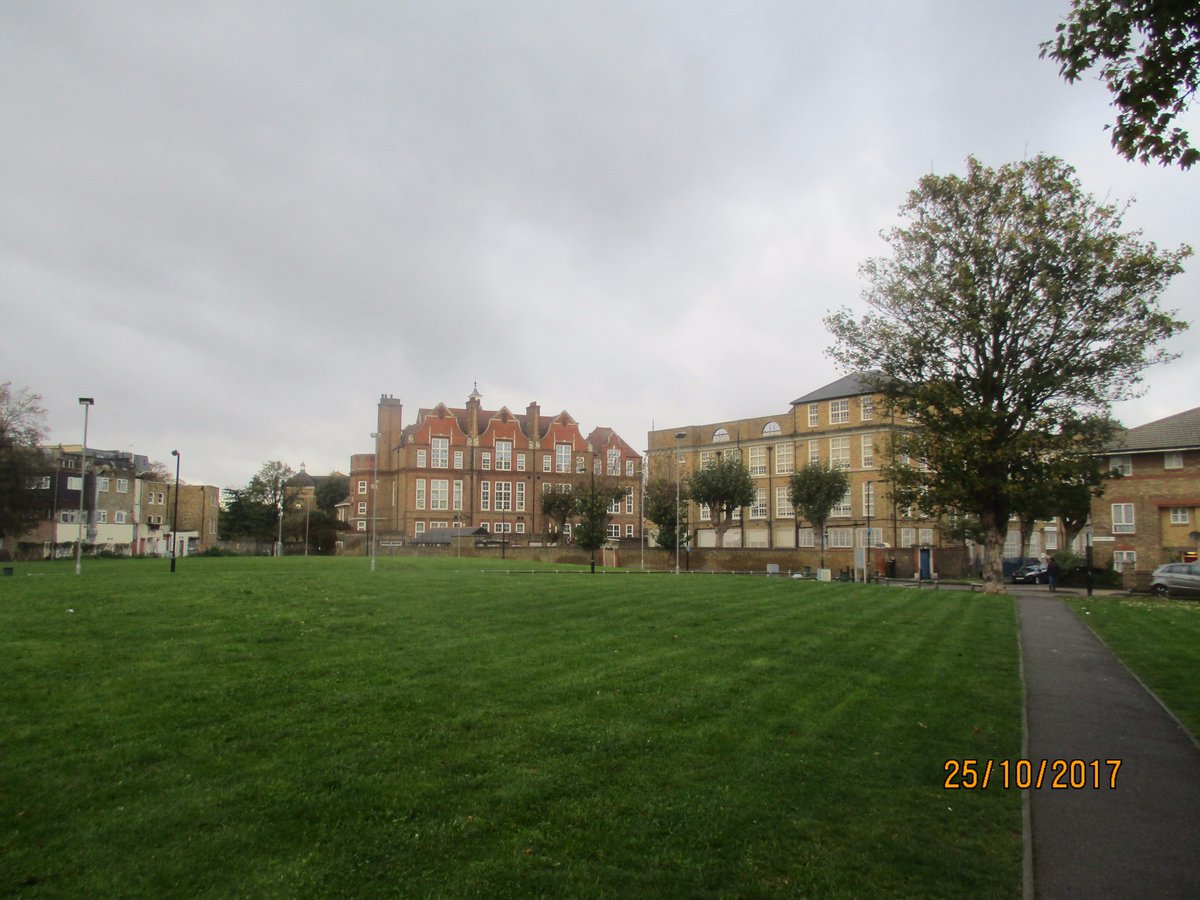 There are certainly better parks in very close proximity. It also definitely used to be housing as the Southwark planning site overlays the 1883 map of the area, so it is legitimate to describe it as a brownfield site (unless it has been given a different designation - which hasn’t happened on this site).

My understanding from the Twitter thread is that this site was earmarked for a tram depot for a tram line that was suggested by previous mayor(s), but which came to nothing. So Southwark Council have always kept this location for future building.

One could argue that it should really be turned into a cemetery to allow Southwark to bury people without digging up the dead, the living trees, or the play parks. Personally I don’t have an opinion on this location as I don’t know it well enough to know what value it provides to local residents, and to weigh this against the need for private and social housing for Southwark residents.

Personally I don’t have an opinion on this location as I don’t know it well enough to know what value it provides to local residents,

I know that area well. I’ve never seen that bit of land look so good Its needs something doing with it as it is a magnet for drug dealers and users who congregate near the library most nights and leave their needles strewn over the park.

Somebody mentioned Burgess Park which frankly is a bit of way for local residents. But you can get their via the Surrey Canal Walk, one of my favourite walks in South London created when they filled in the old Surrey Canal. Great for picking wild garlic in the spring and blackberries and some sloes in the fall.

I know kids in the area are more inclined to use the nearby (one block) Summer Road Park which has been beautifully landscaped by the Council with a great play areas for kids.

If local resident’s are up and arms, might be a good chance to get the Council to support the amazing work already done to create the Peckham Coal Line as an new urban park for the are.

It’s not Peckham Rye Park is it?
I also agree that getting rid of the drug addicts would be a bonus. Surely that makes sense because of children playing.

You don’t have to be cynical to question everything that Southwark Labour, trading as Southwark Council, does.

We have seen how they have lied about their plans for our cemeteries, calling woods ‘scrub’, saying they are only cutting down 11 trees when in fact they cut down hundreds over many acres and calling destroying headstones as ‘removing to safety’.

Right now our children have to travel miles outside of the borough for sports fields as Southwark are using Honor Oak Rec ground for burial plots. Children need more open land to kick the football, to breathe, to experience nature, not less.

Considering the actual nature and classification of the land in question, how accurate is the topic title? Is Southwark really planning to ‘destroy’ a ‘park’? Also, I know we’ve been following the cases that border on our area. But Peckham isn’t technically local, and we’re not in Southwark, so what’s the SE23 connection here?

But it looks a lot like a park to me (and this is how the tweeter, a senior residential researcher, describes it).

And it certainly isn’t going to be a park once it’s concreted over and the space is filled with high density housing.

If the park is not being “destroyed,” how would you describe what is about to happen to it?

Whatever way you look at it, and setting semantics aside, it’s not an SE23 issue.

But bear in mind that Southwark council is setting dangerous precedents that are likely to affect us. Some of the most beautiful and characterful parts of SE23 fall under their control.

One Tree Hill, Honor Oak Rec, Camberwell New Cemetery and Brenchley Gardens - all threatened, or potentially threatened, by a council which brazenly defies its own public consultations and brushes aside protests that have reached national media.

Like I said above, discussing the areas that border ours makes sense. But this? No ( for me). And one can be against the destruction of old and established public spaces and for the use of a square of grass that was never designated as a park. Or indeed vice versa. Hence the challenge to the use of the term ‘destroy’. You’ve posted something under the guise of public interest, but with the gloss of your own perspective in your choice of language.

Is Southwark really planning to ‘destroy’ a ‘park’?

Not to mention Southwark Council’s “regeration” of Elephant & Castle which involved many under market value compulsory purchases, very little affordable homing and much of the new properties sold to oversea buyers. As Peckham is a neighbouring area, one I spend a lot of time in, and ifs development has a knock on effect on our very own SE23 - this is a post I am interested in. Thanks for sharing OP.

It is an open space. After Southwark is done with it will no longer be a open space. Therefore, it will be ‘destroyed’

After Southwark is done with it will no longer be a open space. Therefore, it will be ‘destroyed’

If it is not a designated park or a part of an estate and is seen as brownfield and provides badly needed homes then it is hardly being destroyed? It could be worse they could fill it with bodies for 100 years!