A couple of days late reporting, here we have:

Where To Find TfL's Poppy Roundels

A seasonal roundel ramble for you.

Both the London Underground and Overground have been given a floral makeover, all in honour of London Poppy Day (that’s 31 October, FYI). In partnership with the Royal British Legion, which aims to make this year’s event the biggest one-day street fundraiser of its kind in the UK, Transport for London has adorned 25 of its stations with poppy roundels. 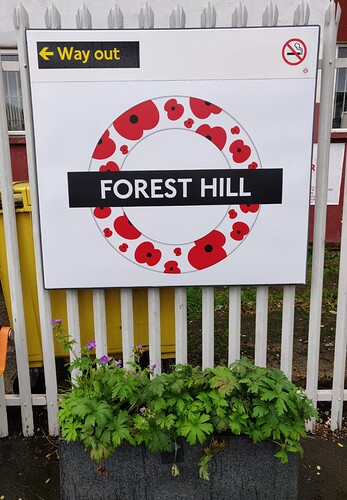