Ever since Brexit I wouldn’t drink in any weatherspoons, ever. They have though, preserved the beautiful Art Deco of this building, and I really hope it is preserved in the future. Surely the time is right to restore it as a cinema / arts centre?

Regardless of anyones views on Brexit, this Wetherspoons provides hundreds of our local people with excellent value-for-money food and drink in a beautiful premises.
I agree that they’ve done an amazing job of restoring and enhancing the building’s features - certainly to a much better standard than when I used to go there for the cinema in the 70s.

I agree that ‘spoons probably gets less punters in post referendum. My husband won’t go in. I’ve been in once and I like the building. Whilst it would be a good theatre/ cinema space I’m not sure that there is need for it, given that Catford and Dulwich have cinema facilities and (imho) its a bit of a dying pastime.
I feel like in FH, there is a definite divide between pubs for professional drinkers and yummy mummies.

Agree.
Personally I really loathe the Signal though I loved it in its previous incarnation of ‘The hob’ Dartmouth arms I find bland and overpriced, We quite like The Sylvan Post
and We’ve been in Wetherpoons but being a wine drinker I found their selection tho cheap not very nice.
I wish we had a nice boozer with open fires decent booze not too pricy and a good atmosphere with a good food offering (again underwhelmed by food at the signal, Dartmouth Arms (pricy and not very nice) and Sylvan Post
I find we tend to drink outside of Forest Hill these days

Wetherspoons provides hundreds of our local people with excellent value-for-money food and drink in a beautiful premises.

Hear hear. Their prices are amazing - it’s a wonder they can turn a profit. And even cheaper at the moment (until Feb 29th)

In Tunbridge Wells the Wetherspoons is a spectacular Opera House that the pub chain has preserved, to their credit. 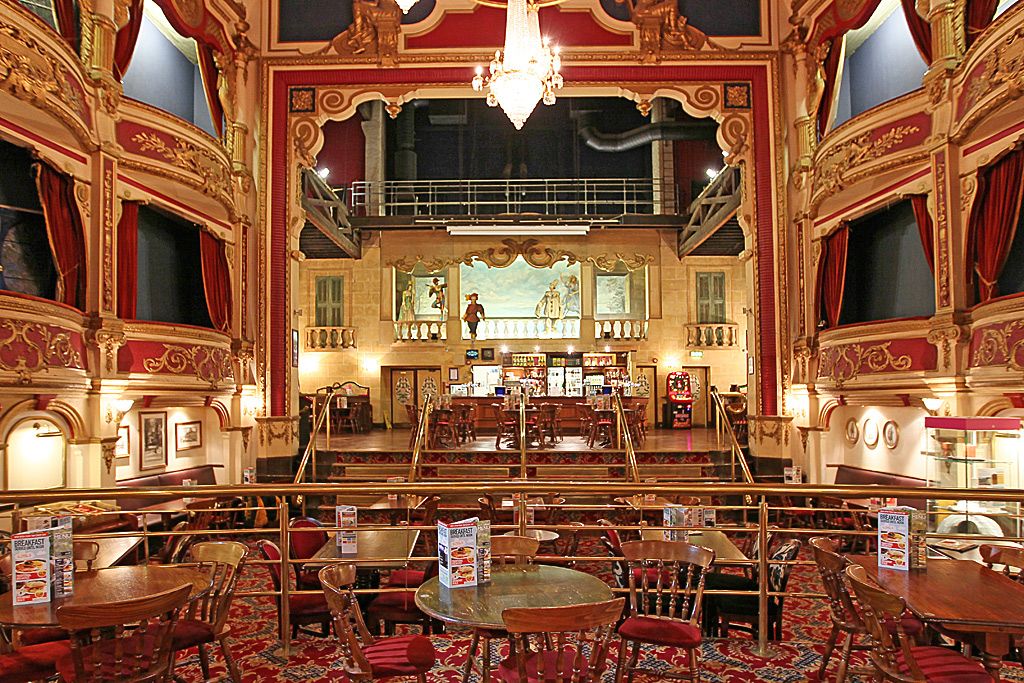 I couldn’t care less whether the owner of the chain voted the same way I did in 2016. What’s more important is that he employs tens of thousands of people (all of them at a rate higher than the national min wage), charges fair prices for food and drink, and preserves wonderful old venues that otherwise might fall into disrepair. Absolute hero.

Wetherspoon’s was founded by someone called Tim Martin in 1979. He took the surname from a teacher at school who had told him he would never amount to anything.

His teacher was right.

Err? And that teacher achieved what exactly? Someone we would otherwise never heard of,who gets a kick out of trying to make children feel bad about themselves? I had teachers like that. They’re not right. They’re not clever or witty. They’re nasty little people. Would you want a teacher telling your child they’d never amount to anything. Many children don’t have Tim Martin’s resilience and crumble.

I think it’s the Wetherspoon bit he took from the teacher. And the JD from a TV character.

Worth noting, perhaps, that the pay rise followed a strike by workers in 2018. Whether wages will remain significantly higher than the minimum wage after it goes up in April we shall have to wait and see.

Cheap drinks are nice, and it’s good that these magnificent old buildings aren’t being left to fall into disrepair, but I think “hero” is a bit strong for someone who is ultimately only concerned with making a profit.

Ooo I feel a trip to Tunbridge Wells coming on. That pub looks amazing.

@BigAl please note se23.life is a politically neutral forum as per the FAQ.

Please stop circling back to Brexit and try moving the discussion forward if you wish to discuss possible future uses of The Capitol.

8 posts were split to a new topic: Posts moved from ‘The Capitol - new cinema please’

Hero is a pretty subjective word and one I’d personally not use for this individual. For whatever reason or on whatever topic when a company owner/CEO/Chairman uses their company as a personal mouthpiece they are taking a risk on how their customer might react, a risk which could have a negative outcome for their employees.

So personally I would be very happy if another pub co took over as was possibility when the Capitol was on the sales block. I’d be thrilled if it became a cinema again. But with an Everyman in Crystal Palace, a Picturehouse in East Dulwich and a new Independent in Catford that boat may have sailed.

Perhaps it could be recreated as a arts/theatre space, but the commercial argument might be lacking unless community supported.

There’s also a lovely cinema at the recentlyrefurbished Fellowship in Bellingham. The pub itself has been decorated beautifully and is worth a visit on its own merit.

This quote comes from an informative I found:-
“JS Beard (the Architect) was my great grandfather. My grandfather (93 and still going strong) recently finished writing a family history so I might be able to help you out with some info.”
(NB - that was in 2008)
http://cinematreasures.org/theaters/2428

I went for a date in the Caps once. It was a disaster.

The Capitol is a Listed building …

And Wetherspoon’s is doing really well. Sales are up year on year and they’re pouring a lot of money into expansion and their existing estate.

It’s great that we live in an area that has such diversity - in terms of people and watering holes.

The inside scoop from the daughter of a prominent poster is that the Capitol is a financial sink and currently operating at great loss to the company. Despite how the company is performing nationally.