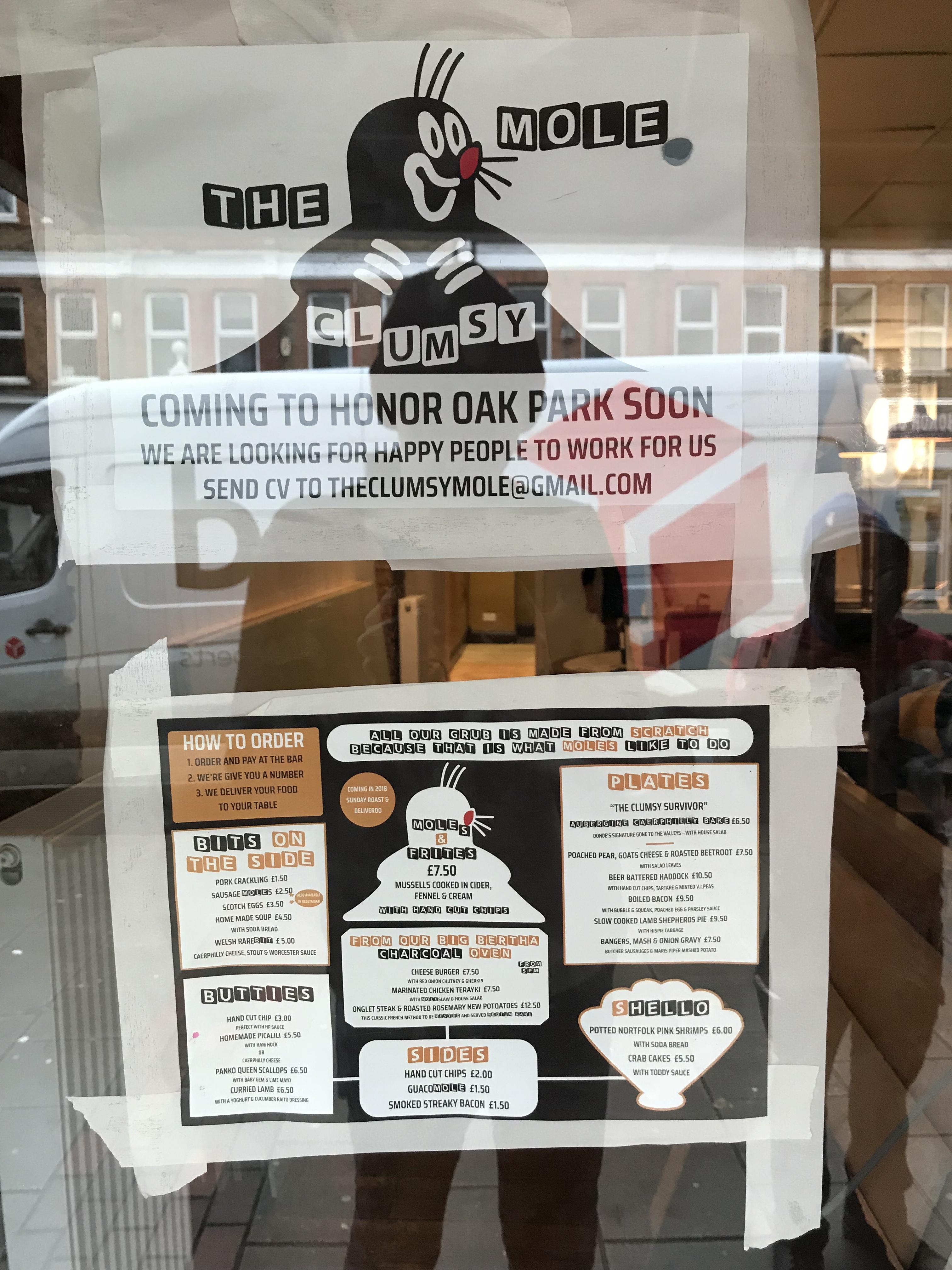 Menu has some nice/yummy ideas on it. Although I think they might want to rethink the mole logo they’ve clumsily pinched (a famous Czech/German character called Krtek) before they run into copyright issues. The owner of the character and copyright is Zdenek Miler. 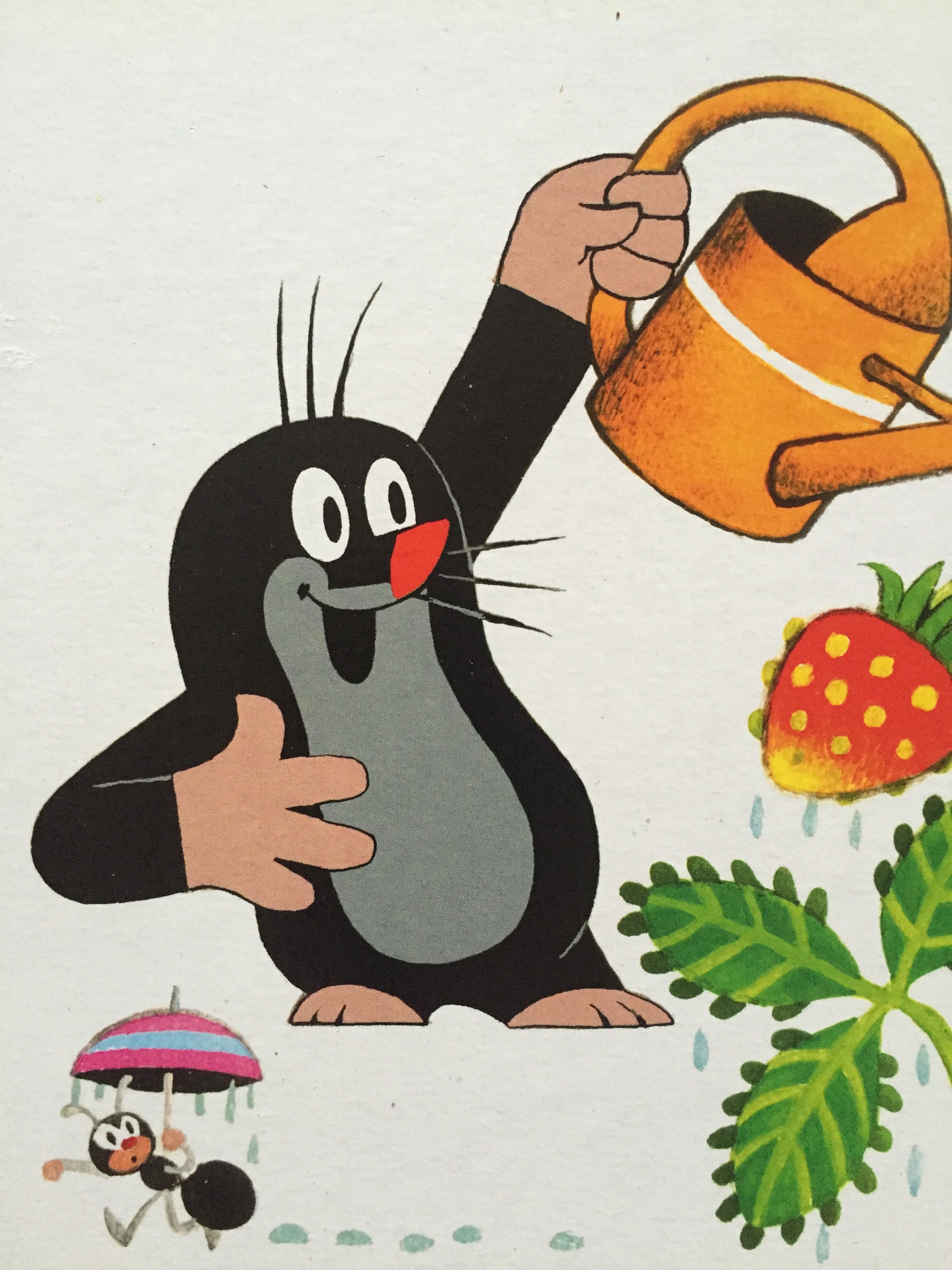 Do we know if it is the same team as previously? or has it changed hands?

I’d be interested to know if Donde re-brand to Clumsy Mole serving craft beer and English fare is Brexit related. It was predicted that the first people to suffer would be those that rely on specific imports from Europe.

Verified members - if you’d like to join our lively political discussions on SE23.life, please join our “General Politics” group.

Advance warning - any replies here of a political nature will be moved to the relevant discussion in Politicos.

Pretty unusual name and menu. Can’t quite make sense of it, but wish them luck obvs.

Woah that’s an odd menu. And it’s not a restaurant anymore but a bar? And what’s with all the mole references - I don’t get it?

Eclectic menu looks tasty. The mole concept is young and fresh. Even better if it’s going me more of a bar than a restaurant - we really need one on the HOP high street - can’t wait till it opens

I wish them well & admire them for giving something new a go but the menu & the branding leaves me feeling ‘meh.’ If I want a drink I’ll go to Chandos. I’ll miss Donde.

That’s an absolutely bonkers logo, and some bizarre branding guidelines.

Ignoring the similarity to the Czech cartoon, a certain marmalade mascot, and the Black & White Minstrel Show, which lunatic decided that this Beano reject is the guy who’s going to send people rushing through the doors in a mad frenzy, desperate to add a side of bacon to their “Clumsy Survivor”?

Also, those puns. GuacaMOLE? Sausage MOLEs? What is going on? The cries for attention using that mad font makes it look like a kidnap victim is trying to communicate with the outside world through a laminated menu. It’s the work of a madman. I’m waiting for the first ransom demand to appear on SE23 Life made out of newspaper cuttings, jauntily saying “SHELLO”, and asking for some “SCRATCH” or they’re going to “MOLEst” the first 10 customers.

Hope the business does well though!

Yes indeed something about it screams desperation. Not one for me.

I couldn’t agree more - this looks utterly bonkers… There are undoubtedly some decent businesses in HOP, and yes it is much better than it was a decade ago, but I am again left questioning why our high street refuses to take note of the success story nearby in Crofton Park and actually offer services with broader appeal? The ridiculous place next door which has been in development for over a year and might one day open to offer high-end wines, cheese and coffee - great, the forlorn deli, the weirdly dark furniture place across the road that never seems open all create a muddled, hotchpotch of a high street.

The whole menu definitely has a hint of “task from The Apprentice” about it. Very, very muddled.

task from The Apprentice

Copying cause there isn’t a ROFL option!

They do have a chance to change their branding at this early stage. Now’s the time for honest feedback.

Adz and wineisallforme with two two of the funniest forum posts I ever read. Thanks guys.

Hope it goes well for them!

Don’t get me wrong. I’ll be there on opening night. Can’t wait

I have to say, I like the menu. With fussy kids and fussy friends there is a bit of everything there.