Just incase anyone is planning on using the trams in Croydon today! 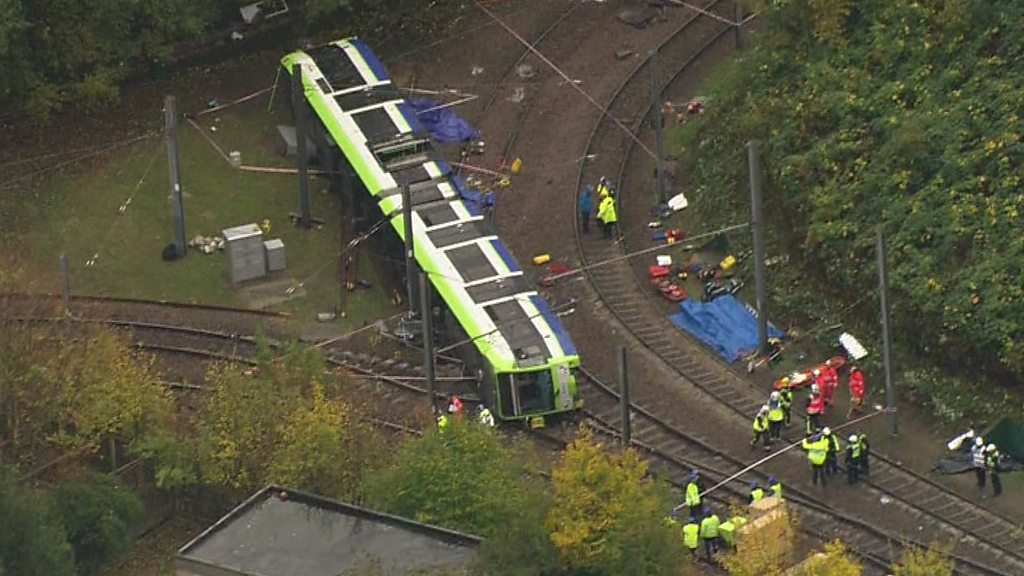 Seven people die, 51 are hurt, and a driver is arrested after a tram derails in London, police say.

A mate lives round the corner from the spot and says it is the tightest corner on the network. There has been “some loss of life” and one of our catering staff was on the tram and is hospitalized with a broken leg. Sad day…

Very sad that lives have been lost & many have been injured & most probably traumatised too.

It’s something you would never expect to happen just going about your normal routine.

ETA That’s shocking, I was hoping it wouldn’t have been this bad, really feel for the families.

I wonder why the driver has been arrested or would that just be routine?

I know, just really tragic for everyone involved.

More likely because tram was speeding on a tight curve:

BBC London Live: As it happened

Bringing you the latest news, travel, weather and sports updates from London.

Seven have now been confirmed dead after today’s derailment.

Wish there was a sad button for things like this, I really didn’t think this would be the case when I posted this morning.

I thought some people would have been hurt, but not to the extent of serious injuries & death.