Continuing the discussion from Shop local banners - it looks like the banners have been replaced with newer WeAreLewisham ones, probably to celebrate the 2022 Borough of Culture: 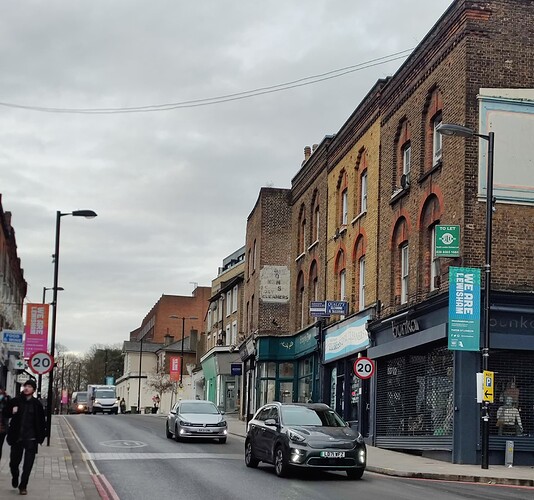 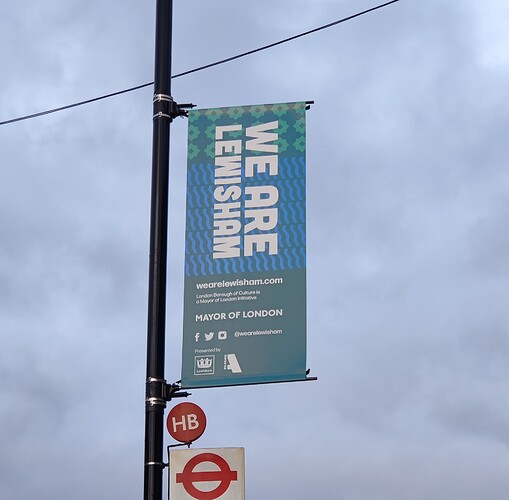 These wretched banners are all over London, alas. I used to live in Southwark and they loved bannering every high street. Never knew why… Does it make the street more attractive? No. Is it advertising anything useful? No. Does it make the council feel good about it itself that it’s ‘doing something positive’? Probably…

Agree, they add to the street clutter as if we didn’t have enough For Sale/To Let signs already. Not to mention the A-Boards which every establishment seems to consider essential to run their business and put them out even on the narrowest of pavements.
Better spend the money on some more important services.

Much as people like to gripe about the council, this is paid for by Borough of Culture funds and I would think is earmarked as part of the wide ranging detailed plans proposed for a year of culture that meant Lewisham won the award of funds against stiff competition from other Boroughs. You can’t just spend it on anything you like. Money for services comes from other very poorly funded pots of money.

My only problem with these banners is that they don’t really promote anything much. Unless you know WeAreLewisham is the borough of culture effort, it’s unclear what they are about. The text for wearelewisham.com is small and hard to see and the @wearelewisham is smaller still, but even smaller is “London Borough of Culture”. What are we celebrating?

The previous ‘shop local’ ones were much better designed and also gave some individual identity to each high street and area which I liked.

Every pitch for something like this will require that you promote the year itself and include a marketing/promo plan across the Borough. It’s easy and I would think cost effective for lewisham to use some of its existing and established infrastructure for part of this.

It’s hard when the funder insists on use of its own branding / logo (Mayor of London) plus its initiative branding (Borough of Culture) plus you have to have your own branding (We are Lewisham) and a website address too. Hardly any space for creativity and on some promo activity you end up with a compromise that’s effectively just a list

It is a good way of ‘placemaking’ so it would be really stupid to change all the roundels on Overground so that half of them say #WearLewisham rather than the station you are at. What could possibly go wrong? 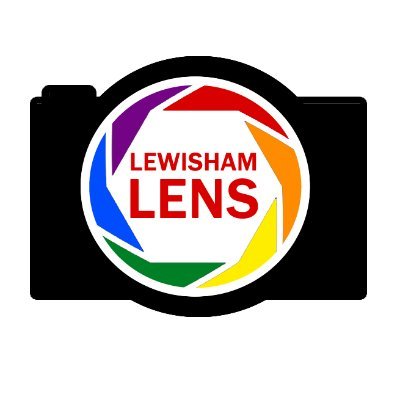 @LewishamLens
WE ARE LEWISHAM ROUNDEL I was very pleased to find special TFL roundels in my local area to celebrate #Lewisham being the borough of culture 2022. Seen at stations… Brockley New Cross Gate Honor Oak Park Forest Hill Sydenham Are there any others? #Lewisham2022 #wearelewisham https://t.co/2MRMGE5juQ 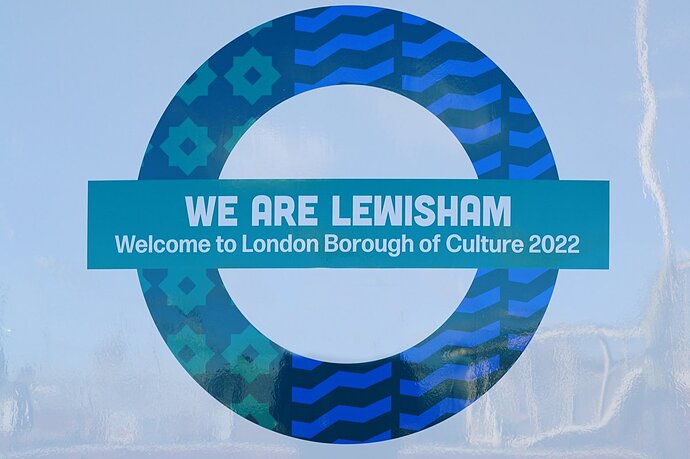 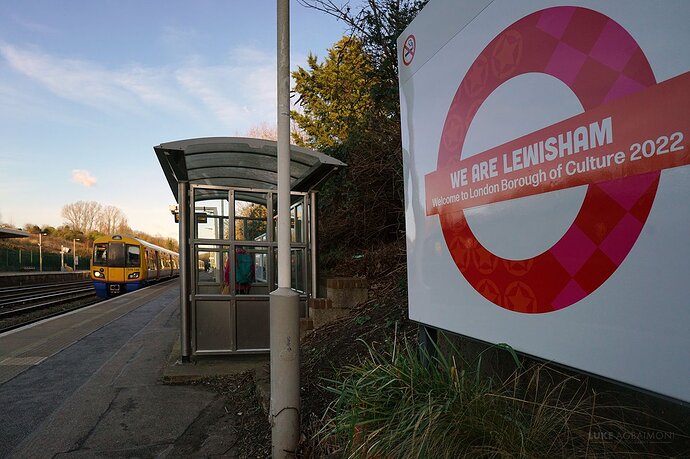 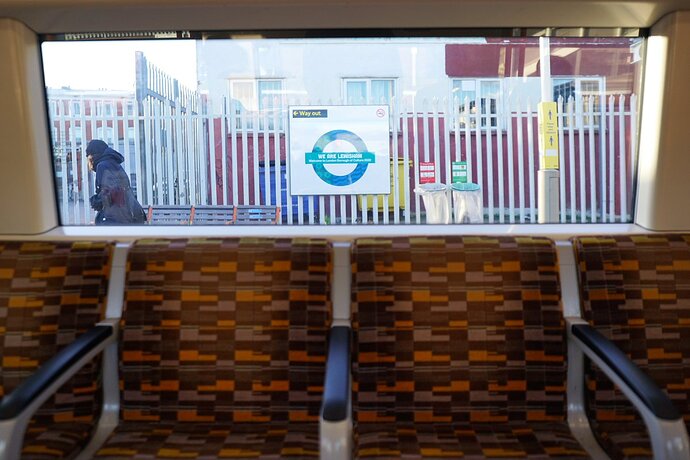 Yeah but sorry-no trains are going there today…

Only a bus replacement service

I complained about this and basically got laughed out of town by our Cabinet Member.

TFL agreed to this as well of course.

I wish we had put signs up like “alight here for Lewisham Borough of Culture” and stuck them underneath the roundel - rather than removing the most important information all together.

That sounds much more sensible to me Leo, which probably explains why they didn’t like it.

It’s part of a cunning plan by Southern and TFL to remove the names from all stations so we can’t complain about lack of train / overground services not running through certain stations which will, well, no longer have names.

Good to here the council are laughing at confused train passengers. They must find the lack of trains even more hilarious.