We have had numerous incidents here at the flats on Duncombe Hill such as:

-What appears to be stolen empty boxes of tools, amazon packages and rubbish dumped in our car park

-who knows what else has gone unseen

This isn’t good enough. There are families here and some of this criminal behaviour puts those that live here at risk and we shouldn’t have to put up with this.

Some of these incidents have been reported to the police. But something needs to be done to prevent people taking advantage of an ungated, unmonitored block of flats which is hidden from the main road.

I have written to the council about this as we’ve had enough. We have only been here since Feb 21, though we have lived in Honor Oak for 6years

There have also been other incidents down here, but these are abit more closer to home and we fear the consequences of mentioning these things may put the us and the residents at risk. This is also a tricky situation.

The local police SNT have been down here, so know what goes on in these blind spots

Has anyone had similar experiences at there council property/flats? What was done by council? Did the police do anything? 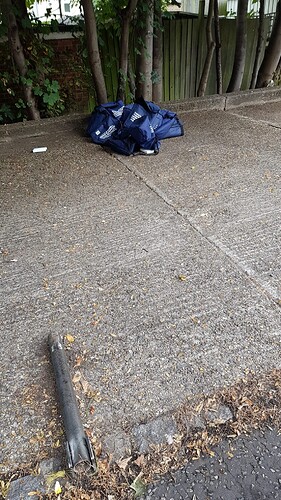 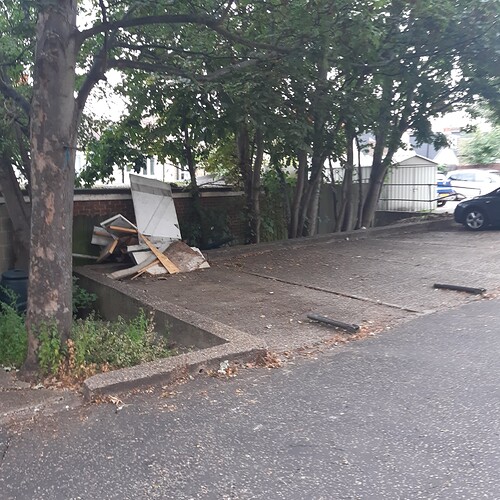 We are a private block that has on occasion suffered from similar issues - people parking SORN cars, flytippers and on one occasion someone else in our road putting a skip in our carpark without permission. However sadly some of this poor behaviour is carried out by our own residents. Are you sure it is all strangers doing this?

We installed CCTV in the bin area and made rules around parking and flytipping very clear to residents. We still get issues though. It is exhausting.

Im 99% sure its people from outside the flats. There are only 12 flats and 4 maisonettes here.

Though the car situation as I mentioned, has something to do with a neighbour. But that has stopped for sometime now. But as you can understand, mentioning something like this to the police could have other serious implications on the residents that live here. Tricky

I think people here just live with it. But should have to be like that. These are council flats. I fear that someone may get hurt if they confront these people.

Someone did put CCTV in their window for their car. But were told to take it down

Yes it is very exhausting, and we’ve only been here since Feb

What a dreadful situation. The answer ? I would say that the only answer is good co-operation between the law abiding residents (who must be properly protected) supported by a well resourced push back by local authority and police who both adopt a zero tolerance approach.

These sorts of issues are the fruits of ingrained and embedded criminality and anti-social culture that has been allowed to grow unchecked. Short of a co-ordinated push back, there is little hope of any meaningful change in my humble opinion.

yes im not expecting much from lewisham council, so setting my expectations low with that one.
We’ve only been here since Feb, but some have been here for 10years and turned a blind eye.

I’ve been a victim of tool theft from my van, where I found out later someone filmed it and didn’t even bother phoning the police, so Im extra sensitive to what is allowed to go on here.

If it doesn’t directly effect a resident, especially a renter or council tenant, they don’t care.

we’ve also had a stranger pull up looking for those responsible for stealing their car, while kids and parents playing outside. Its not on

but I thimk you are correct to say it needs the residents to pull together in the safest way possible. But fear some wont want to rock the boat

Perhaps the village green could be used for stonings.

Would it be possible to change the front to make it a Gated entry of some sort, at least for vehicles? No idea the size required or cost…

I hope your moment has passed…

I think I read that recycling and contaminated waste are a big problem from blocks of flats too, so I’m a little surprised there wasn’t more focus on that in the above documents, especially as there must be an great opportunity for changes and improvements where new flats are being build and estates partially reconfigured (aka in-fill developments).

I live in a Lewisham Homes managed estate, which is a mix of freehold, leasehold and council properties. Waste management is a huge problem for us. I spent most of last year arguing with Lewisham Homes about the need to establish a waste management policy that would suit all properties on the estate. They put up new signs which discourage fly-tipping, implemented dedicated bulk waste collections points for leasehold and council residents and started weekly collections. Leaseholders and perhaps council tenants are charged for bulk waste collection based on the weight collected each year, freehold properties don’t therefore aren’t entitled to the service. All that has happened is the fly-tippers dump their waste at the collection point and the leaseholders continue to paid for freeholders bulk waste collection despite rarely using the service themselves.

The agreed weekly collection has now stopped therefore bulk waste and flying tipping is pilling up. The last time it was collected was because I complained; I’m not doing that each time especially as they are contracted to clear it. Needless to say I’ve given up trying. LH don’t care, they continue to charge us for services which they haven’t provided for nearly 2 years now.

Oh and we now have a problem with non-residential cars parking in the garage area, which residents pay the privilege for. If there is a car sized space, they will park in it. That’s not going to be my battle.

Good gosh, what a thing to say even if it was a joke.

that would be great as the private flats opposite have this set up, but these are council flats. Some owned, some rented and some council