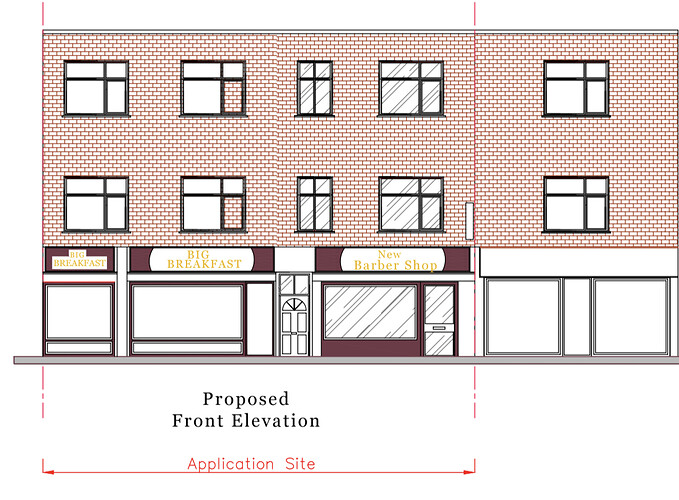 The property; is 3 storey terraced brick block and located on a mixed commercial and residential units above the shop units in a moderate trading street at 193 Perry Vale Terrace.

There are 3 Number of Units involve change of use as described above.

1.2 Planning :
There is no recent planning history.

1.3 Proposal
The applicant is applying to convert and relocate of the shops in order to expand his A3 use restaurant café and relocate the Barber Shop into his existing restaurant as follows;

Also Existing vacant shop on the corner of the parade Unit E to be convert into A3 in order to expand A3 restaurant as shows on attached plans. 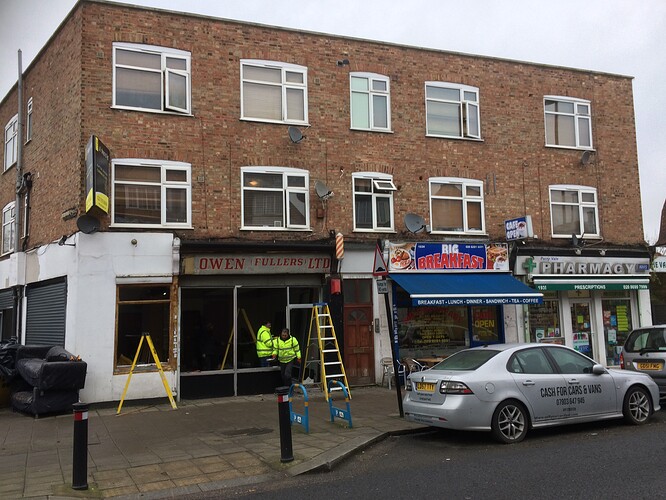 I like the old sign you can see now the modern frontage has been removed.
I spoke to the barbers a couple of weeks ago and they aim to only be shut for a couple of weeks - the fitting out of new cafe may take a bit longer…

I love the food in that cafe. Any of their roast dinners - or my other favourite is the home-made chicken pie.

I’m so pleased for them that they’ve managed to secure this double shop with return frontage because their current shop is bursting at the seams and just can’t accommodate the demand.

No!
Have I given the impression that I’m their landlord?
Sorry if I have, because I’m not - I was merely commenting on their lovely food and how nice it is to see small local businesses thrive and grow.
Anyway, it’s nice to hear from you!

The history of ‘Perry Village’. my recollection is that the pharmacy site used to be a sub post office, then it became a nail bar then a pharmacy. Next door, the greengrocers became the Big Breakfast cafe. Next to that was a newsagent/ grocery owned by the same people who ran the one on the other side of the road , that became Ibo’s barbers. And the Lolos site has been a succession of generally poor bakery/ sandwich / cafe offerings. Sainsbury’s Bell Green must have been a killer for small businesses like those in place when it opened.

Can remember the Lolos site being a sub post office , Late 90s ??

I think it then became the Cafe/ Bakery Then Lolos…I think ?

Sorry, I read it that way but realise my mistake. Still, the praise stays!!

The post office used to be in Siddons Road before it moved round the corner onto Perry Vale. It was next to the bread shop and the unit was combined into one afterwards (or possibly it had originally been a single unit, as there was a connecting door between them. Robbers got into the post office that way.).

Either the current cafe or the chemist used to be a butcher. Proper greengrocer used to be in half of William Hill, owned by Ken. Serena worked there too and took it over for a while, until it closed and she then worked in the interior design place next door. If she’s still there she’s one of the best people to ask about the parade.

There was a chemist for a while on the other side of the road, either the fish & chip shop or the dry cleaners.

I have a very distant memory of the shop next to the newsagents (the only one left with it’s original shopfront). It was old fashioned with a wooden counter and the stock kept behind it in glass fronted drawers. I don’t know what it sold but I remember someone asking my mum about buying knickers and she suggested that shop. (Which is quite an odd thing to remember!)

Is it a sign of old age when one reminisces about this sort of thing?!

I got a nice picture of the sign before it went: 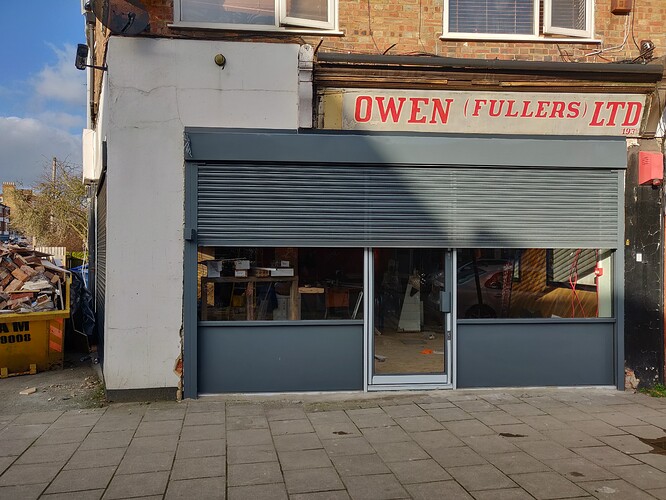 They have ripped out and knocked through the properties very quickly, creating a much better looking space already. New roller shutters have gone on all the openings too and hopefully it won’t be too long before they are finished and the cafe moves across.