Looks like there was another bad accident at this junction last night. I hope everyone is okay. 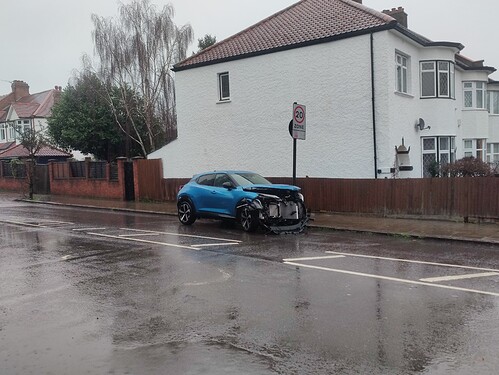 The thing with this junction is I don’t understand why it’s so bad for drivers that these crashes happen.

I drive (or sometimes cycle) through the junction each day and I just don’t see why it’s an issue, other than if cars are going too fast down Woolstone (and maybe that is the issue?). I’m not saying it’s not an issue I just don’t understand why.

I can see why it’s an issue for pedestrians though, I will often stop now after reading the last thread to let people cross more than I did before, definitely not a good place to cross.

As a local resident…

Visibility from Cranston and Houston is poor (both ways) and drivers need to ‘nudge out’ into the junction to see if the road is clear.

People then drive too fast down Woolstone so drivers deciding to go across have less time to react.

Cars turning right onto Cranston block the whole junction including for local buses.

Parked cars mean buses have to veer into the centre of the road leading to other road users having to react (often because they were driving too fast!)

No safe crossing points for pedestrians, rely on drivers letting them go, causing uncertainty for other users.

It’s a mess and needs sorting

On wet days like today there is also a huge puddle on the Woolstone / Cranston corner where the raised bit of road makes water pool. This means pedestrians trying to cross to/from there also risk getting soaked as drivers speed in to turn left

I normally try to cross on the Houston Road side as it is a bit safer.

Yes to all of the above. Plus speeding. Can you damage a car like that doing 20 mph? Looks a real mess.

@ForestHull in the other thread , last November, you and several others were in touch with Perry Village Councillors. I wondered if we / they have any info yet about where this sits in road improvement priorities or figures yet about accidents at the junction.

Might be tough. They don’t exist. Suggest you try Perry Vale councillors.

There used to be pedestrian refuge bollards in Woolstone Road to slow down the traffic. But people parked their cars so close that the 75 buses could not get through and they were removed. It would have made more sense to remove the parked cars.

Yes - I did speak with Perry Vale Councillors John and Susan before Christmas. I reminded John in person that we were still waiting for traffic / RTA data, but with out wanting to be critical in any way, it’s not come.

I am slightly disappointed that I was put off making an FOI on the promise of data via the Councillor, which would apparently cost the Council less to process and obtain than handling an FOI, but given the current situation with all that’s going on I’m not really surprised either. I also understand budgets are very tight and are being tightened. Putting in an FOI right now doesn’t feel particularly bright so I’ve left it for a while.

I will say that John had noticed a comment about the sight lines on the corner with the Perry Village Christmas tree and had looked into that.

So I just emailed the Perry Vale councillors, mainly just to add another voice to the request to look into this junction - I was quite surprised to get a response back from John in 20 minutes!

"Thank you for your reminder to check on any progress with making this particular junction in Perry Vale ward safer.

I’ve just been given access to the previous year’s (2019-20) collision incident data from Transport for London to look at. I’m afraid these things all operate with a time lag that’s hard to believe - both in terms of what we have to analyse and base decisions on, and the actions that result. I suspect that they’ll show that this junction has not had “enough” collisions, that are each “serious enough” to raise it significantly up the list of overall Lewisham and London priorities.

However I’m always open to being pleasantly surprised, and I’m always willing to keep up these long campaigns to improve the place where we all live. So I’m copying the Lewisham Mayor’s Cabinet Member (Cllr McGeevor) responsible for Highways, so that she can ask her officers to give us both a more official update. That might take a bit longer than we’d like, as those staff also have various emergency roles - for which I’m also very grateful. I’ll let you know what I get back." 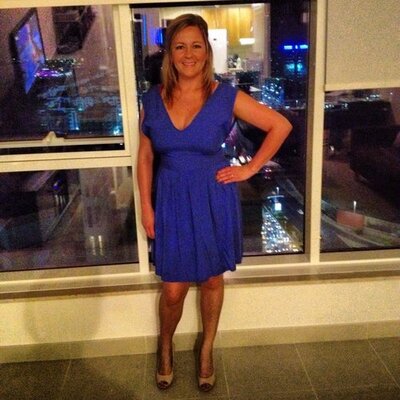 @BBCLondonNews potentially fatal crash on Cranston/ Woolstone road SE23 road that’s been reported to @elliereeves @LewishamCouncil hundreds of times and nothing done about it. @SE23life All the Kilmorie kids cross the road here twice a day 😡

Actually, there was a fatal accident at the corner of Cranston and Woolstone many years ago.

That’s me. I also uploaded a video of the crossing to a different tweet. I’ve written to Ellie R, reported on FixMyStreet, reported with @ForestHull to local councillors, emailed the council and more. Nothing has happened.

I would welcome ideas of other avenues. I’ve even invited Ellie to come and meet me and I’m sure others at the junction. This was pre covid. Nothing.

Can you damage a car like that doing 20 mph? Looks a real mess.

That’s had a very abrupt stop. Cars are designed these days to crumple. Looks like it’s rear ended something a bit bigger.
But I’d say it was doing a bit more than 20mph or the driver was distracted and didn’t break before impact.

I am also still waiting for a response since emailing the councillors on 1st October. They said they had contacted the Lewisham Road Safety team for stats or something, but there was no further update.

@Pea I have just emailed Ellie Reeves too.

I will drop her an email today too. Thanks for the reminder.

@ForestHull is it worth chasing up the email we sent too to the councillors?

Depends to an extent on what the driver hit. Many years ago I was inching along start-stop crawl in a row of traffic stuck behind a broken down stationary bus in a Dorset village. Literally being overtaken by pedestrians. Those like me behind the bus had to wait till nothing oncoming in order to go past. The Porsche in front of me went to overtake the bus but suddenly slammed his brakes on and I went - ever so slowly - into the back of him. The bonnet of my Metro literally wrapped itself around his stainless steel exhaust. He didn’t have a scratch. My Metro was written off. This was more than 30 years ago, but I still see every slow motion detail and I always assume the car in front will slam its breaks on unexpectedly (And that no one will ever go the way they are indicating.)

My grandfather used to say that you should drive as though everyone else on the road was an idiot, so I think your approach of assuming the worst is fair! This is why it always annoys me when people pull into the stopping distance I’ve left - I leave it for a reason, not for some idiot to pull into and then slam
Their brakes on right in front of me!

I’m sorry it’s taken ages to reply, but after waiting patiently for the Perry Vale councillors to respond, I have had no reply but I did get a very swift response after emailing Ellie Reeves MP about this, as her office contacted the relevant team at Lewisham Council.

This site has already been treated with a table junction traffic calming feature which encourages traffic to slow down. The reason why such a feature has been used is that space is too restricted to safely accommodate traffic signals or mini-roundabout. This feature has been in place for a number of years
and has helped to reduce collision risk at this location.

Compliance with the 20mph speed limit in Lewisham is currently a concern, and the Council has been working through a programme of sites to seek improvements to further reduce actual speeds. Woolstone Road is a site being considered for further traffic calming measures and this location is under review as part of the study.

Unfortunately however our programme of works has largely been suspended because of budget constraints bought on by COVID. Transport for London (TfL) suspended the Local Implementation Plan (LIP) funding for all boroughs earlier in the year. This was done in order to address the severe financial pressures they were experiencing, with the loss of advertising and fares revenue as a result of COVID-19. Lewisham Council are reliant on this funding to deliver the majority of our road safety measures and traffic interventions.

TfL have now negotiate a short-term funding deal with the Government and we have just been told we will be receiving some funding towards our LIP. Our officers will have to go back and look at the list of prioritised works in the context of reduced funding to see what can be delivered.

Although we are not in a position to install a formal pedestrian crossing, additional traffic calming measures will help to further reduce speeds on the approach to this junction and collision risk.

Good example of some local councillors not being fit for purpose,but they know that their job is safe.

but after waiting patiently for the Perry Vale councillors to respond, I have had no reply

Ive had similar experience too, or immediate response then no follow up just empty words