Can anything be done about the terrible ‘Street art’ by (I presume local ) ‘Street artist’ Nathan Bowen? They have cropped up all over Forest Hill and look dreadful.

I think they look good & take up spare space.

Outside the Sylvan looks pretty terrible

At the end of the day art, like humour, is subjective; but I get the impression that a certain few on here have lead others to blindly fawn over chicken scratch that, frankly, doesn’t express any discernible talent.

Talent too, it would seem, is subjective.

I get that this guy has a signature style but in my opinion talent means the ability to diversify. All of his pieces that I’ve come across are pretty much the same.

Maybe because that is what has been commissioned.

I agree I find them unpleasant and ugly. Emperors clothes?
And as everyone has different tastes maybe that is a good reason to say street art should stick to temporary locations like building site hoardings.

All things being equal why should building site hoardings be fair game? Don’t get me wrong, all street art should be restricted to temporary ‘canvases’ but think of it from the developer’s perspective. Would you want prospective customers to link your project to a guerilla artist whose work appears to be accepted as the norm in the postcode your site is situated? I know I wouldn’t. 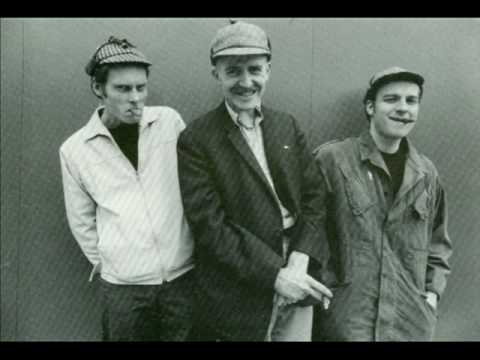 I get that this guy has a signature style but in my opinion talent means the ability to diversify. All of his pieces that I’ve come across are pretty much the same.

That’s one valid definition, but I do think some street artists hit the big time and only then get the (often financial) freedom to diversify. For others having a signature style and making a name for themselves with it – albeit dividing opinion in the process, but isn’t that what art’s all about? – is what they have to work with.

Also street art is meant to be fleeting, responsive and provocative – there one minute to stir a reaction, then painted over and superceded the next.

I don’t LOVE his style, but I appreciate the sentiment behind much of the work he does. People here might not see value in it, but that doesn’t make it crap that “something should be done about.” His works make enough people, me included, stop and think. Walking past his NHS murals in Curtain Road EC2 near my workplace, they hold their own amid a timely and poignant array of visual tributes.

If it was literally just sh*t, we wouldn’t be having this debate, would we? So as far as he’s concerned, mission accomplished

TL:DR version, art is subjective, agree to disagree, each to their own, etc.

It’s better than a blank hoarding. As I understand the artist is employed to design hoardings by developers - often a requirement of Local Planning Authorities

I really like the piece on Perry Vale.
I’m a fan of all his stuff actually, and I like that most of his pieces carry a positive message. Not sure what’s questionable about that. He evidently has a strong commissioning partnership with the billboard companies and personally I think that’s a great thing in an environment where funding opportunities and patronage are increasingly hard to come by for any visual artist. I’d rather look at a piece of art than an advert for coca cola

He evidently has a strong commissioning partnership with the billboard companies

Out of interest, what makes you so sure this piece was drawn with permission from the billboard company?

He always tags the company on Instagram when a piece is completed and they also post it/share it etc. So it appears to be a strong and mutually beneficial partnership.

If that’s the case, it seems this is the only piece where Bowen didn’t tag the company, and the company didn’t post/share it. Interesting…

Maybe he forgot to tag them and I can’t believe whoever is running the billboard account is actively monitoring his account to see if he posts on one of their sites. So they won’t reshare if they don’t get a notification prompt.

The pieces I’m referring to are street art graffiti