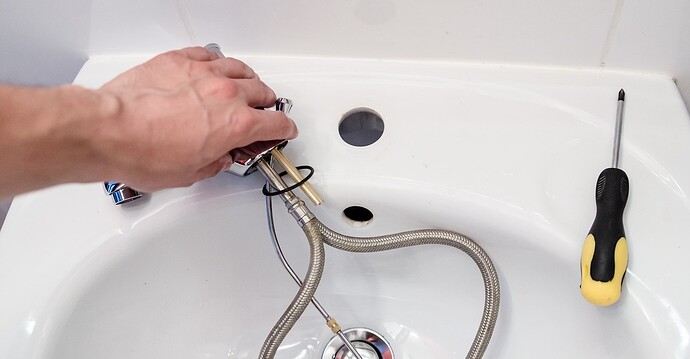 This is a wiki post, so if you can improve this info (e.g. a trader has shut down), please edit this post.

Please reply to this topic if you have further recommendations. No solicitations please.

Just had AFE plumbing coming to change a couple of taps. Brilliant communication, nice chaps, everything was easy. Will use their services again next time I need a plumber.

We have just had Dan and his guys from AFE plumbing to fix a leak. Really friendly guys, got straight to the problem and fixed it in no time. Would definitely use them again.

AFE Plumbing came recently to have a look at our leaking shower. Aria coordinated everything and they came very quickly and fixed the problem. Aria also recommended Mic to fix our bath panel, which had been incorrectly installed by someone else. Mic also came quickly and did a great job. Will certainly use AFE Plumbing again if we have any further plumbing issues.

Hi all. I’d like to add another piece of positive feedback for Aria and team. We have had a few minor issues over the years (Leaky toilet, immersion heater element replacement etc.) and I have come to use AFE as my primary point of contact for all plumbing issues. Aria is always quick to respond and keen to arrange someone to come out at short notice. Unfortunately my experience with many plumbers is that they are often trying to squeeze you for extra money, taking their time to complete work, adding excessive mark up to parts, however I’m pleased to say that I have found Aria to be extremely honest and fair. All jobs are quoted up front in a very transparent way and there have never been any shocks when it has come to pay for the job. I would certainly recommend Aria and team to anyone in the Dulwich/ Forest Hill/ Honor Oak area.

Just to keep this thread up to date, I have found AFE helpful and reliable, used them twice now (second time last week) and would do again.

for AFE from me.

Very polite and all that, but turned up late, rushed the job and wanted paying handsomely by bank transfer ASAP. Found job hadn’t been done properly a bit after they rushed off.

Noticed then that all I had was a name and phone number (+ bank account). Couldn’t find an address or anything for teh business. Who had I just let into my house?

Hoped to God they would come back to make good, but they wanted more money. Job still not done quite right, but I don’t want anything more from them so didn’t chase again.

I’ve used them twice. The first time they were fine… the second time I thought they charged rather a lot for what was a very small job and they left a lot of mess - the old bath mixer tap was just left in our bathroom sink, and mud all over the bathroom floor and all up the stairs.

Afraid I had a very similar negative experience from AFE… Super polite when he arrived to quote, keen to get on and do the job, and judging by the positive reviews on this site, I didn’t have any concerns. I needed them to install a kitchen sink, tap and dishwasher and they told me this could be done without any issues.

Unfortunately, I was unable to meet them onsite on the agreed date due to illness, so sent my brother in my stead (this was a few weeks ago). Despite telling me (when they came to quote) that they could sort the plumbing for the kitchen tap without the worktop being in place, they claimed on the day that this couldn’t be done (without the worktop) but still charged me for the service!

All in all, they installed the sink, didn’t fully install the dishwasher (something that was apparent to us two days later when we wondered why the dishwasher was not sitting flush with other units) and didn’t install the tap. I will hold my hands up and say there was miscommunication between my brother and I, as a result of him stepping in at the last minute, and not fully understanding that AFE were required to install the tap. Confusion realised when I returned to the flat two days later and noticed tap hadn’t been installed despite AFE having charged me for this.

The thing that got me was AFE knew I couldn’t be onsite due to illness, and on that very evening, Aria texted me to confirm that they had completed all work as per the quote, and that there were no issues. At no point during those comms, did he allude to the fact that they hadn’t installed the tap, so I was none the wiser. I find this to be rather deceptive. He also asked at this point, if I’d leave him a recommendation - needless to say, I haven’t.

When I then got in touch with them (two days later) to ask why the tap hadn’t been installed, and why I had been charged for this service, I was told that it was my fault the worktop wasn’t in place, and that by charging me, they considered this a ‘cancellation fee’, despite the fact that they were not solely called out to install the tap alone. AFE then offered (for another £80) to revisit to install my tap (now that worktop was in place) as well as looking at the issue with the dishwasher. I personally thought this was unbelievable, given I should not have been charged for tap installation, and the issue with the dishwasher was a result of them not installing it properly.

Following lots of to-ing and fro-ing, AFE refused to budge saying I was rightly charged for a service I didn’t receive, and that they wouldn’t return unless I paid an additional fee. So I contacted a family friend who is a plumber (not local to FH, and lives outside London) and he offered to pop down to install the tap and look at the issue with dishwasher for £50, something which I thought was a no-brainer seeing as I knew I could trust him, and quite frankly, I thought it was unethical that AFE had charged for a service I hadn’t received, so I didn’t really want to line their pockets any further.

Despite Aria pushing me to allow him to return to my property to ‘fix’ the issues, I let him know that a family friend would help instead. He then stated that as a ‘goodwill gesture’ he would cover 50% of the cost of me having to call a plumber out (basically £25 which I didn’t think cut it). I replied to say a ‘goodwill gesture’ would be that he returns the money I paid for the non-existent tap installation, to which he agreed to refund me £40, which I was happy with. Minus the reduction, I paid £200 for a sink to be installed, and a half-installed dishwasher – I don’t consider this great value for money. I won’t be using AFE again, nor will I be recommending their services. Upon returning my £40, Aria told me if I ever required his services in future, he’d offer me a ‘discount’.

Poor experience from AFE. At first they were keen to do the work then just stopped answering calls.

Hi all. Just to add to this. I’ve used AFE a few times now and unfortunately won’t be doing so again. To echo the comments of other users, Aria is a nice guy and comes across as very genuine and honest. Often someone is able to come out at short notice and in terms of cost he is much cheaper than the likes of Pimlico (who in my opinion are outrageously expensive).

While this all sounds positive it all breaks down when it comes to actually doing the work as more often than not the people who come round do not seem to know what they are doing. On at least one occasion I have felt like I have had to tell them what needs doing rather than taking their advice which, given I know next to nothing about plumbing, is pretty concerning.

the likes of Pimlico (who in my opinion are outrageously expensive).

and yet, you would still use them again?

Sorry, I confused you with a previous poster!

I would like to add that we did have Gerry @Gmac around recently to do some plumbing work for us and he was absolutely brilliant! We got his recommendation from here. Top Irish guy! So he needs to stay in the recommended list, can’t recommend him enough!

Giving back now, as I’ve relied on recommendations from this forum so hoping this will help.

We used Daniel Swiercz of DPG Plumbing & Gas (07834699029) based upon a previous recommendation on this forum. DPG replaced our system boiler with a combi boiler and first fix/second fix our kitchen plumbing and cooker.

Dan was extremely patient as I had lots of questions and the work was completed to an exceptional standard.

We’ve recently used a new plumber - Greg. Super impressed as he picked up on things another plumber had got wrong and were causing us issues. info@greggas.co.uk Very friendly guy. He’s gas safety registered too.

We called Aria at AFE Plumbing recently to upgrade our bathroom.

Can I just say what an amazing local service! Very polite responsive and helpful with choosing bathroom equipment and giving professional advice on what to fit and what not to fit and did the whole bathroom including plastering and electrical works and tiling and decorating and got the boiler serviced too, can’t recommend enough everything was done professionally, Aria made sure all went well and they even changed all the bad plumbing done by the previous builders too to be safe.

Everything is working fantastically and all is accessible and we cant thank Aria and AFE Plumbing services enough, had them do my kitchen tap too few weeks after, again another fantastic service someone who genuinely cares about the local community and is always available and quick to repaond and is local too!

Couldn’t ask for more, brilliant service and will be sure to use them again for any future works and will also recommend them to all my local friends and family.

Please feel free to contact me directly if you have any questions I will be happy to answer them.

Note it’s best practice to check the profile of reviewers. Are they verified? If not, have they been active in the forum, in other areas and topics, before posting the review? A first time user who reviews a company may not be a local resident, but may represent the company or its competition. While this does not mean the review is not genuine, it does call into question the reliability of the recommendation.